Dizzy Spells when you Stand up: When Should you Worry?

In some people, particularly older people, blood pressure drops excessively when they sit or stand up (a condition called orthostatic or postural hypotension). Symptoms of faintness, light-headedness, dizziness, confusion, or blurred vision occur within seconds to a few minutes of standing (particularly after lying in bed or sitting for a long time) and resolve rapidly when the person lies down. However, some people fall, faint, or very rarely have a brief seizure. Symptoms are often more common and worse after people exercise, have consumed alcohol and/or a heavy meal, or are deficient in fluids (dehydration).

Some younger people experience similar symptoms upon standing but without having a drop in blood pressure. Often, their heart rate increases (tachycardia) more than normal upon standing, so this condition is called postural orthostatic tachycardia syndrome (POTS). The reason why such people feel dizzy despite having normal blood pressure is not yet clear.

Dizziness or light-headedness when standing up occurs as a result of abnormal blood pressure regulation. Normally, when people stand, gravity causes blood to pool in the veins of the legs and trunk. This pooling lowers the blood pressure and the amount of blood the heart pumps to the brain. Low blood flow to the brain causes the dizziness and other symptoms. To compensate, the nervous system quickly increases the heart rate and constricts blood vessels, which rapidly returns blood pressure to normal before symptoms can develop. The part of the nervous system responsible for this compensation is the autonomic nervous system.

Many disorders can cause problems with blood pressure regulation and lead to dizziness when standing up. Categories of causes include

Malfunction of the autonomic nervous system due to disorders or drugs Decreased ability of the heart to pump blood Decreased blood volume (hypovolemia) Faulty hormonal responses Causes differ depending on whether symptoms are new or have been present for some time.

The most common causes of new dizziness when standing up include

Decreased blood volume (as may result from dehydration or blood loss)

Malfunction of the autonomic nervous system

People who become dizzy or light-headed when standing up often recover quickly when they sit down and then slowly stand again. However, it is usually important to determine what is causing the dizziness. The following information can help people decide when to see a doctor and help them know what to expect during the evaluation.

In people who become dizzy or light-headed when standing up, certain symptoms and characteristics are cause for concern. They include Blood in the stool or black, tarry stool Nervous system symptoms such as difficulty walking and/or poor coordination or balance.

When to see a doctor

What the doctor does

The doctor first asks questions about the person's symptoms and medical history. Doctors then do a physical examination. What they find during the history and physical examination often suggests a cause of the dizziness and the tests that may need to be done.

How long the dizziness has been occurring

Whether the person has a disorder (such as diabetes, Parkinson disease, or a cancer) that may cause dizziness

Whether the person is taking a drug (for example, an antihypertensive) that may cause dizziness

The doctor may do a digital rectal examination to see whether the person might have some bleeding in the digestive tract. A neurologic examination to test strength, sensation, reflexes, balance, and gait is important. 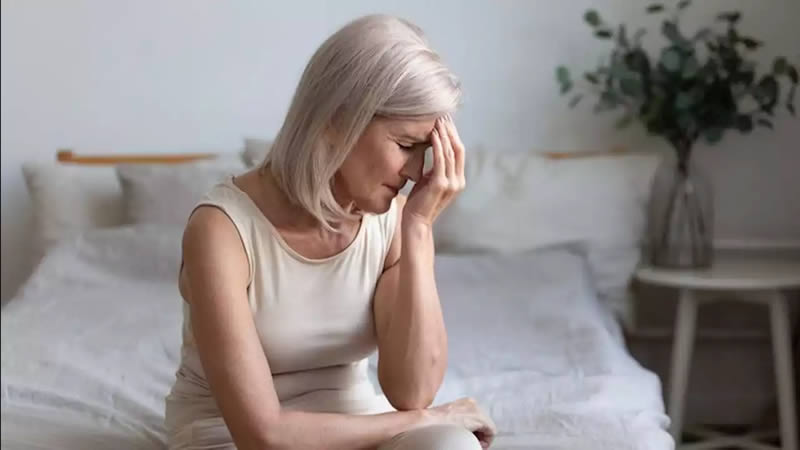 The most common causes of sudden dizziness—drugs, bed rest, and decreased blood volume—are usually obvious. In people with long-term symptoms, findings such as movement problems may indicate Parkinson disease. Numbness, tingling, or weakness may indicate a nervous system disorder.

Unless the cause is obvious (for example, bed rest), testing is usually needed. The doctor usually does electrocardiography (ECG), a complete blood count, and other blood tests (for example, measuring levels of electrolytes). Other tests are done based on what doctors find during the examination, especially if the person's symptoms suggest a heart or nerve problem.

If doctors suspect a drug is causing the dizziness, they may ask the person to stop taking the drug and observe whether the dizziness also stops, thus confirming the cause.

Tilt table testing may be done when doctors suspect malfunction of the autonomic nervous system. The person lies flat on a special motorized table for several minutes. Then the table is tilted up at a 60˚ to 80° angle for 15 to 20 minutes while blood pressure and heart rate are continuously monitored. If blood pressure does not decrease, the person is given isoproterenol (a drug that stimulates the heart) intravenously in a dose large enough to accelerate the heart rate by 20 beats per minute, and the test is repeated. This procedure takes 30 to 60 minutes and is very safe.

Any causes are treated when possible, including changing or stopping any causative drugs. However, many causes cannot be cured, and people must take measures to decrease their symptoms. Measures include lifestyle changes and drugs.

People requiring prolonged bed rest should sit up each day and exercise in bed when possible. People who are lying down or sitting should rise slowly and carefully. In general, it is helpful to consume adequate fluids, limit or avoid alcohol, and exercise regularly when feasible. Regular exercise of modest intensity increases the muscle tone in blood vessel walls, which reduces pooling of blood in the legs.

Doctors may give fludrocortisone, a drug that helps the body retain salt and water and thus prevent blood pressure from dropping when a person stands. However, this drug may cause high blood pressure when people are lying down, heart failure, and low levels of potassium in the blood. Sometimes doctors combine propranolol or another beta-blocker with fludrocortisone. Midodrine is a drug that narrows both arteries and veins, helping prevent blood pooling. Side effects include tingling or numbness and itching. This drug is not recommended for people with coronary artery or peripheral arterial disease.

Other drugs such as nonsteroidal anti-inflammatory drugs (NSAIDs), droxidopa, pyridostigmine and octreotide may help in some cases.

Dizziness or light-headedness when standing occurs in about 20% of older people. It is more common among people with coexisting disorders, especially high blood pressure, and among residents of long-term care facilities. Many falls may result from dizziness when standing. Older people should avoid prolonged standing.

The increased incidence in older people is due to decreases in the responsiveness of the receptors that manage blood pressure plus increases in arterial wall stiffness, which make it more difficult for arteries to move more blood to increase blood pressure. Decreases in receptor responsiveness delay the normal heart and blood vessel responses to standing. Paradoxically, high blood pressure, which is more common among older people, may contribute to poor receptor sensitivity, increasing vulnerability to dizziness when standing.

Tilt table testing is a common test of autonomic function.

Most Effective Treatments for Nail Pitting you Need to Know

Rhea Chakraborty Arrested By NCB & Sent to Jail for 14 Days