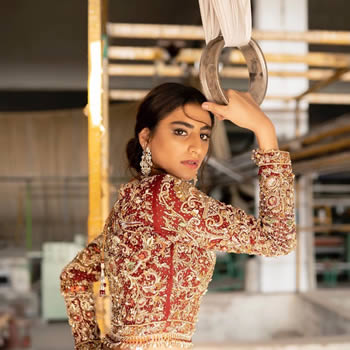 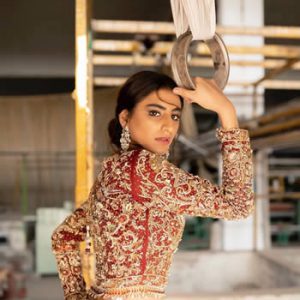 Rehmat Ajmal is a Pakistani model, textile designer. She made her acting debut with a role of Aisha (Mehwish's friend) in Nadeem Baig's Mere Paas Tum Ho.

Rehmat Ajmal made her way into modelling after being approached by a teacher during her second-year at NCA. From there, she began getting featured in ad campaigns of different brands. By the time she had reached her final year at college, Ajmal had been doing international campaigns and shoots.

Apart from her modelling career, Rehmat is also building her acting portfolio. She has featured as the lead in two of Pakistani musician Ali Sethi’s music videos, Dil Lagaayein  and Dil ki Khair. She is also starring in an upcoming drama by Nadeem Baig, and is about to act in a theater play due to be showcased by the end of September, 2019.

Ajmal has spoken multiple times about her passion for acting, and has expressed interest in doing both commercial and art cinema projects.