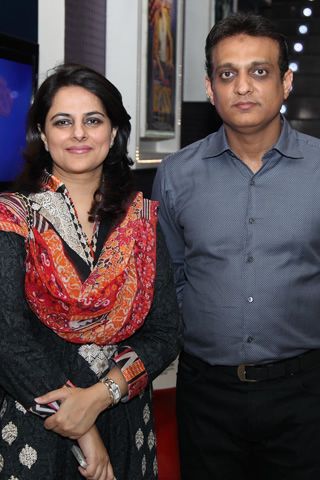 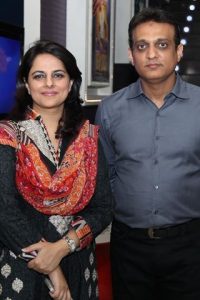 Waar an action packed most anticipated movie is all set to hit the cinemas on its first premiere held in Lahore at Cine star.

Waar, movie based on actual events, the plot revolves around counter-terrorism efforts in the country. The script is packed with suspense, terror and action. Finally, the long awaited and most anticipated Pakistani movie WAAR is all set to hit the cinema screens. The first Exclusive Premiere show of the movie held at Cine Star Lahore on 13th October’s night.

On the premiere people were crazy and so much excited to watch this movie just because of the pre-hype blitz, teasers and the aggressive promotional campaigns, and repeated movie trailers on broadcast media. Also due the cast and storyline. Lots of guys, girls, families were inquisitive to participate in the premiere, it was seen more of festive for viewers, people who don’t have the passes they were seen dying for it.

Under the banner of Mind Works Media, Waar movie got release with a massive production budget of nearly US$ 2 million; Waar is Pakistan’s biggest budget movie to date. The movie Waar is written and produced by Dr. Hassan Waqas Rana while the young and very talented Bilal Lashari has directed the movie.

The star cast of Waar includes a mix of industry veterans and newcomers: Superstar Shaan plays the lead role in the movie, playing a role of retired major that becomes the last hope for Pakistan’s security agencies to battle against the vicious opponent Shamoon Abbasi, Hamza Ali Abbasi, Ayesha Khan, Ali Azmat, Meesha Shafi, Kamran Lashari and Nadeem Abbas Rana make the rest of the cast of the movie.

Talking about the concept, Rana said, “It all started out around four years ago when some people were sitting in my drawing room and we had the idea of making the film, which has become a reality.” He added that the film would go down as a landmark in reviving the Pakistani film industry. Zehra Valliani, a fashion designer, said “The movie was overwhelming and the theme is very pertinent to what’s happening today in pour society so it all made a lot of sense. I was pleased that a lot of it is in English, so my foreigner friends relished it too.”

Amna Khan, a guest, said “The first half of the film was slow but the tempo picked up after the interval. But beware, the film is not for the faint-hearted, it is full of hardcore violence and trauma. There are no songs or dancing around tree sequences, so it’s not exactly entertaining in that sense, Overall it is worth watching movie”.