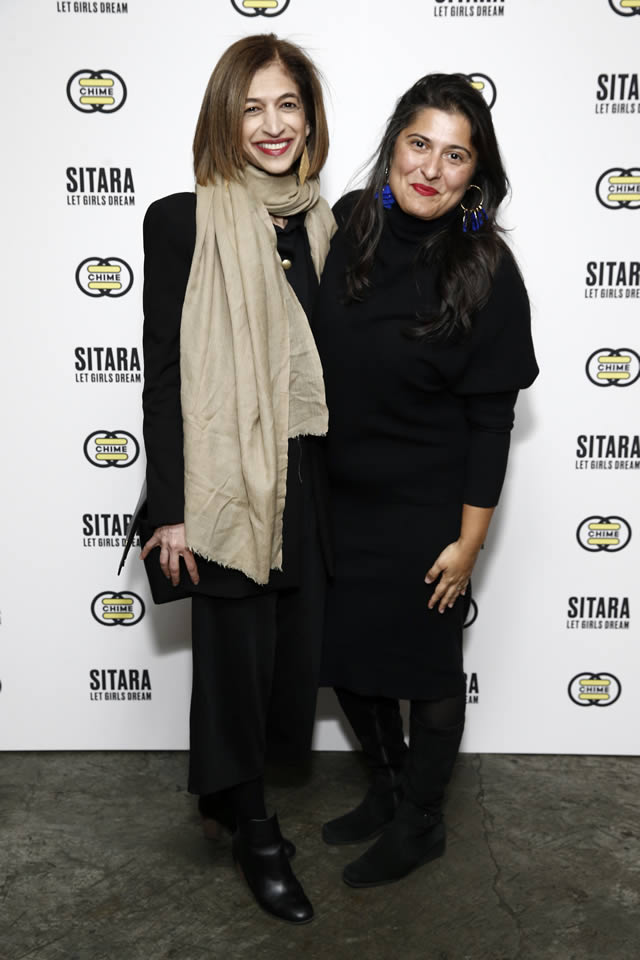 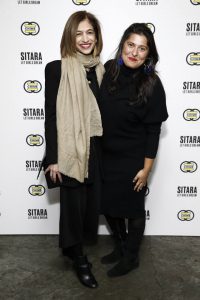 On the occasion of International Day of the Girl, Two-time Academy and three-time Emmy Award-winning director Sharmeen Obaid-Chinoy launched a campaign with Gucci’s CHIME FOR CHANGE to #LetGirlsDream in support of Girls Not Brides: The Global Partnership to End Child Marriage and Equality Now’s efforts to bring an end to child marriage.

Compelled by this critical global issue, Sharmeen Obaid-Chinoy has partnered with CHIME FOR CHANGE on her new animated short film, SITARA: LET GIRLS DREAM, about Pari, a young girl whose dream of being a pilot is crushed when she is forced into child marriage. It is the story of 12 million girls around the world who are married off as child brides every year denying them the right to education and an opportunity to fulfil their dreams.

To accompany the film and in coordination with Equality Now and Girls Not Brides, Sharmeen Obaid-Chinoy and CHIME FOR CHANGE have launched a campaign around the theme “Let Girls Dream”. At Let Girls Dream.org and through the hashtag #LetGirlsDream, visitors are encouraged to share their dreams and to call on the global community to help break down the barriers that keep so many girls and women from pursuing theirs. Italian fashion designer Alessandro Michele, President and CEO of Gucci Marco Bizzarri, singer and actress Lou Doillon, model and actress Elle Fanning, model and activist Bethann Hardison, Liberian peace activist Leymah Gbowee, CEO of Women Deliver Katja Iversen, actress, model and entrepreneur Neelofa, editor and publisher Elise by Olsen, actress Saoirse Ronan, model and actress Jodie Turner-Smith, musician Alison Wonderland, visual artist John Yuyi, and acid attack survivors from Hothur Foundation, girls and women from mothers2mothers, Gbowee Peace Foundation Africa, Lower East Side Girls Club, and many others, have already shared their dreams on the platform.

Written and directed by Sharmeen, SITARA: LET GIRLS DREAM takes the audience on a journey through the old city of Lahore where a fourteen-year old girl, Pari, dreams of becoming a pilot. Her story is told through the perspective of her six-year-old sister Mehr, who is unaware of the traditions and barriers that lay in the path of women from her family. It is a story about the burdens of a family and the impact of a culture where girls are still struggling to fully realize their dreams. SITARA is a silent film [no dialogues] which embodies this struggle.

To coincide with International Day of the Girl, Gucci and CHIME FOR CHANGE hosted the premiere of SITARA, followed by a conversation with Obaid-Chinoy, Executive Producers Gloria Steinem and Ariel Wengroff, producer Imke Fehrmann, and composer Laura Karpman, moderated by Kimberly Drew. At LetGirlsDream.org educators globally have the opportunity to request a local screening, discussion materials and activities that encourage girls and young people to share their dreams and inspire one another.

“Young girls everywhere still face considerable hurdles in achieving their dreams. SITARA embodies that struggle; it is the story of Pari, a young girl who dreams of becoming a pilot and is robbed of it. For me, SITARA is more than a film, it is a movement that we want to start across the world, that encourages parents to invest in their girls’ dreams, freeing their daughters from the burdens of early marriage.” said Sharmeen Obaid-Chinoy, who is also a CHIME FOR CHANGE Advisory Board Member along with Sarah Brown [Chair, Global Business Coalition for Education], Leymah Gbowee [Nobel Peace Prize recipient (2011)], Jada Pinkett Smith [Actor, Advocate and Founder, Don’t Sell Bodies], Julia Roberts [Actor, Activist and Philanthropist] and Cleo Wade [Artist, poet, and author], to name a few.

The music for SITARA has been composed by Emmy Award-Winning composer Laura Karpman. Recorded and mixed at the world’s most famous and iconic studio, Abbey Road studios, Karpman’s score has been paramount in bringing the film’s story and characters to life. The film’s Executive Producers include Gloria Steinem, the iconic women’s rights activist, and Darla Anderson, the Academy Award Winning producer of Coco and Toy Story 3.

SITARA: LET GIRLS DREAM, is produced under the banner of Sharmeen Obaid-Chinoy’s animation company, Waadi Animations entirely in Pakistan, from its concept to execution in association with Vice Studios and Gucci’s CHIME FOR CHANGE.