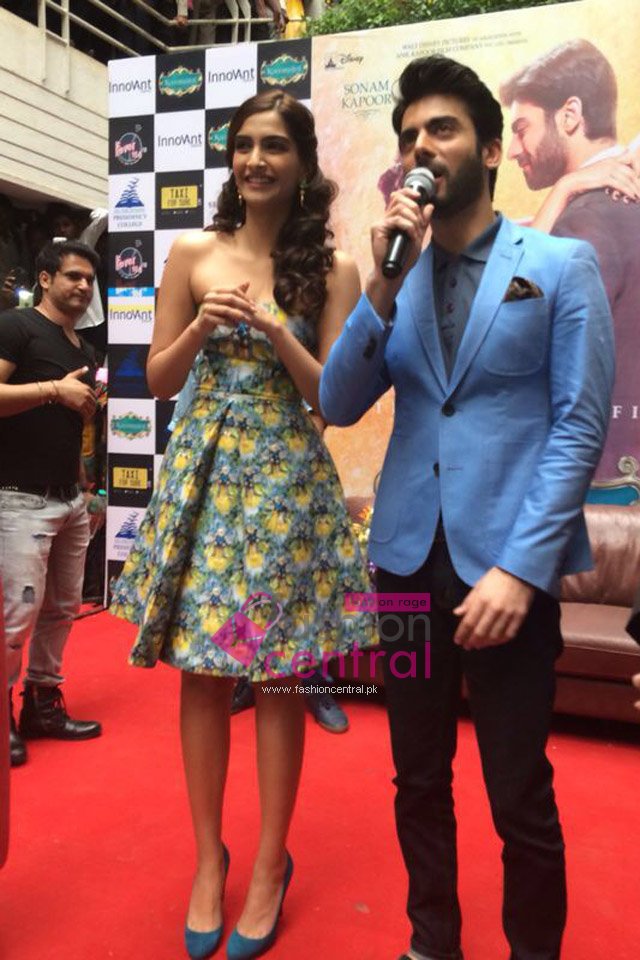 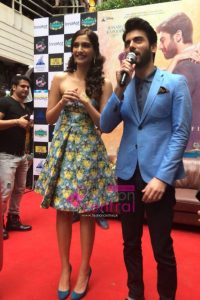 Leaving no stone unturned, Fawad Khan and his co star Sonam Kapoor continue to promote their upcoming movie in an upbeat city tour.

Leaving no stone unturned, Fawad Khan and his co-star Sonam Kapoor continue to promote their upcoming rom-com in an upbeat city-tour. On 8th September 2014, The Khoobsurat couple interacted with their fans at Presidency College in Bangalore.

On Monday morning, Sonam tweeted, "Enroute Bangalore!! See you guys at the #Khoobsurat Presidency College." After interacting with students in the college, Sonam and Fawad headed to a star hotel in the city's central business district for an interaction with the media. Fawad Khan got a house full reception by the college students. A few lucky students got a chance to personally meet Fawad as well.

Already acclaimed as the chocolate boy of Pakistan for the likes of his audiences, Fawad is set to have his first Disney and Bollywood Debut release this September. Not only are his previous works such as Zindagi Gulzar Hai and Humsafar experiencing revival amongst Fawad’s fan following; but women on both sides of the border can’t wait to get a glimpse of this charming prince run a blockbuster.

Fawad is already a celebrity in India, As he is appearing in various shows for the promotion of his movie like KBC, Entertainment Ke Lye Kuch Bhi Karay Ga, Comedy Nights with Kapil, Jhalak Dikhlaja and various other famous programs, so his pictures with Big B, Farah Khan, Anu Malik and now another Big Khan Aamir Khan went to meet him has added more fame to his career and he will return as King Khan of Pakistan.

The film is slated for release on September 19.