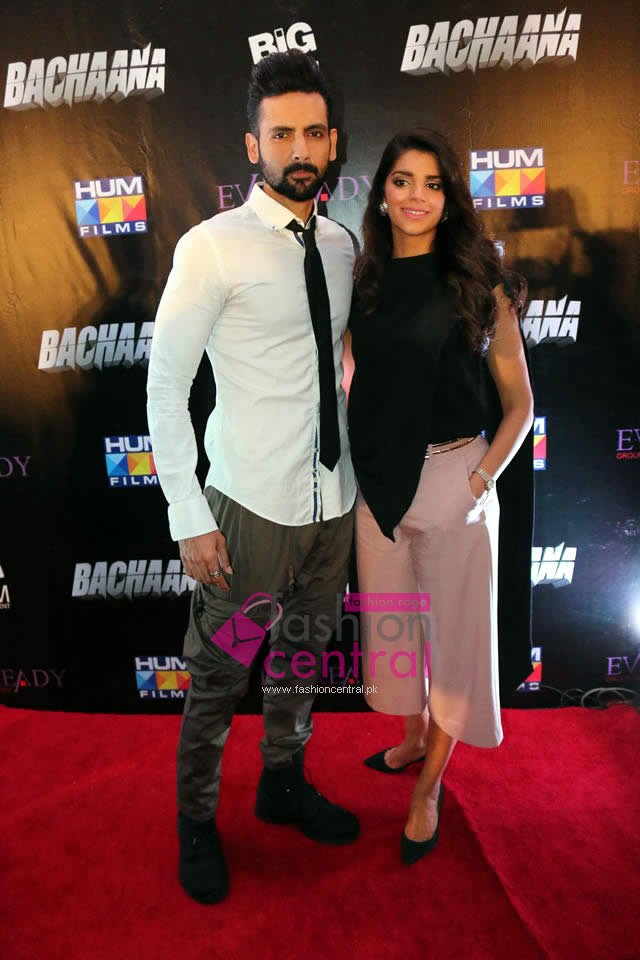 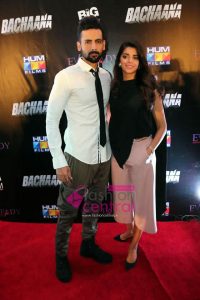 The event was opened with an introduction on the evening and Bachaana by the host where she invited on stage the star cast comprising of Adeel Hashmi, Mohib Mirza and Sanam Saeed; film director Nasir Khan; film producer Rizwan Saeed; Sultana Siddiqui - President HUM Network and Satish Anan - CEO of Eveready Pictures, who all spoke about their experience and efforts with Bachaana.

This was followed by the official premiere and screening of the trailer and a Q&A session with the Bachaana panel. Also in attendance were media personalities Bushra Ansari, Aamina Sheikh, Fizza Ali Meerza and Sohail Javed, musician Omran Shafique and Bachaana’s stylist Madiha Qaiser and DoP Asrad Khan to name a few along with various film exhibitors and distributors and members of the esteemed media. Event was managed by Hum Films with Public Relations by Lotus PR.

Speaking about the project, Director Nasir Khan of Big Film has said, “‘Bachaana’ is a fun and entertaining ride that will leave you asking for more. It is India meets Pakistan in Mauritius. I am excited for both Sanam Saeed and Mohib Mirza as their chemistry in the film would be something everyone will connect to immediately.

Adeel Hashmi is also making an entertaining debut in feature films with “Bachaana”. We have partnered with the stalwart of the Pakistani Media Industry Sultana Siddiqui and her team at Hum Films for this venture. They have a strong link in promoting positivity across Pakistani entertainment industry and with Bachaana we look forward to the partnership in contributing to the Pakistani cinema.”

"We are excited to partner with Big Films to release feature film "Bachaana" under Hum Films banner. HUM NETWORK has always supported new talent and we have great expectations from Nasir and Rizwan. It's a delight to release Sanam Saeed and Mohib Mirza's feature film as we consider them as an integral part of HUM Family. I hope the audience will enjoy the movie and keep supporting Pakistani productions. I also request our press and cinema owners to keep encouraging local productions as they have been bearing fruit in last few months. It's an exciting time to be in film business and we hope to bring more films with a Pakistani identity in future. Best of luck to the entire team of "Bachaana"!” said Sultana Siddiqui, President HUM Network.

Bachaana is the first feature film of Nasir Khan as a director, who has gained prominence for his work presented at the Mumbai International Film Festival for his documentary Made in Pakistan. With cast and crew from both Pakistan and India, making acquaintance with each other for the first time on the set, the film has truly captures cross-boundary relations on and off screen.

Filmed in Mauritius, the production team conducted the largest talent hunt to find actors in the neutral landscape. With eye-catching scenery, music composed by top Pakistani talent, and a new-take on Indo-Pak relations, the movie is set to cause a stir.

Set to be released in the Valentine’s Season this 2016 on 26th of February celebrating love and friendship, Bachaana is a romantic comedy that is full of action and the story is based on cross cultural relationship and how love transcends boundaries.

Bachaana is a journey of a sweet and bubbly Indian girl, Aalia, who undergoes a series of unfortunate events and is forced to place her faith in a man she hardly knows. That man, Vicky, is a Pakistani taxi driver in Mauritius. Bachaana follows the couple’s adventurous journey of love.

The romantic comedy features award winning actress and model Sanam Saeed (Aalia), who is a house hold name in Pakistani drama industry and across borders due to her acting skills in dramas like “Zindagi Gulzar Hai”. Alongside Sanam Saeed, Mohib Mirza (Vicky) plays the leading role who has worked as a host, producer and actor in leading Pakistani dramas and telefilms. The film also features one of Pakistan’s leading comic talent Adeel Hashmi.

Produced by Rizwan Saeed, well-known locally and internationally for his technical achievements in film production, Bachaana is one of the most promising films coming out in 2016.