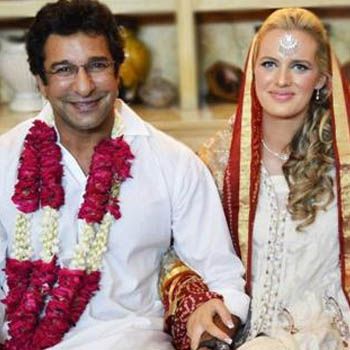 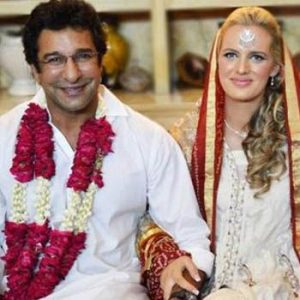 Nikah ceremony took place in Lahore in a small family gathering where only family members were present due to illness of Wasim’s father.
"I married Shaniera in Lahore last week in a simple ceremony and this is the start of a new life for me, my wife and for my kids," Wasim told AFP. Akram announced his engagement with Shaniera Thompson, a former public relations consultant, 2 months back. 47 years old Wasim Akram’s first wife Huma Wasim died in 2009 after multiple organ failure. Wasim has two sons from his first marriage. Wasim left-arm fast bowler proposed Thompson on bended knee last month.
Wasim said Thompson had adapted to Islam and is learning Urdu. "She has embraced Islam and is learning our language. She has been close to my sons and they form a very good bond," said Wasim of his two sons from his first marriage.
Wasim played 104 Tests and 356 one-day internationals for Pakistan in a career lasting from 1984 to 2003. Shaniera came to Pakistan couple of days ahead of Eid to celebrate the occasion with Wasim and his family and to get adapted to the country’s traditions.
Wasim said that Shinera will settle in Pakistan. A grand reception will be held in September or November according to sources.
0 0 0 0
February 20, 2017