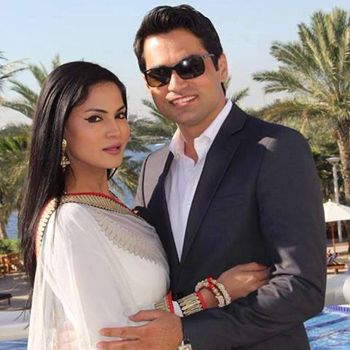 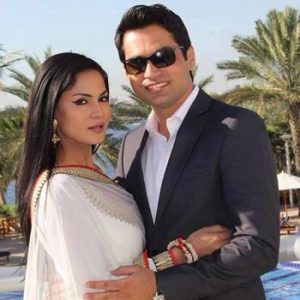 Another lie of ever controversial Veena has revealed. Her husband is not a businessman but is a factory employee in Dubai.

The always controversial Pakistani actress Veena Malik recently publicized that she has done Nikkah with businessman Asad Basheer Khan Khattak who is a successful business man in Dubai and is also operating business in US and Dubai. However according to latest media reports Asad Bashir is not a businessman and is an employee in a factory in Dubai.

Very recently Asad Bashir’s relatives in Dubai invited both of them on a dinner in a local hotel. Media personalities were not invited in the dinner but somehow few of the media persons came about the dinner. Asad Bashir said at that time that he has rough type house in Kohat. On this Veena Malik said that she will live in Dubai, US and in Pakistan as now her in laws are also in Pakistan.

According to the Media reports Asad Bashir belongs to a lower middle class family, on the other hand Veena propagated him as rich businessman. Asiatic actress Veena Malik lately announced that she has finished Nikkah with businessperson Asad Basheer Khan Khattak who runs byplay in US and Dubai. This lie of Veena is notwithstanding apprehended by whatever of the group on ethnical media as they are of the look that it is well that Veena is marrying a typical guy but it is also gothic that why she said that Asad is a big bourgeois.