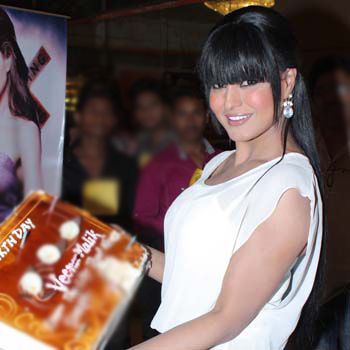 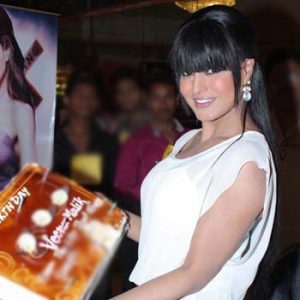 Veena Malik the controversy Pakistani darling has a birthday today. From social welfare projects to hosting and acting she has immense list of awards and is the most viewed celebrity around the globe.

The garish, loud, extravagant, forthright Veena Malik has swiftly transformed into a cautious and subservient biwi after her marriage to the Dubai-based entrepreneur. And what a transformation it has been! She is right now in U.S and is enjoying with her family and in laws, two days back she had a wedding, (valima) ceremony held in New York, Washington DC.

But the Pakistani bombshell showed her soft side at her wedding in Dubai and left us shell-shocked! After playing the raunchy, garishly-dressed, desperate-for-attention gal, the babe is suddenly trying to discover her classy side. The girl with, mood swings, sentiments and outlandish nature has suddenly changed into very shy person.

She, recently in 2007, won her first Lux Style Award for being the most stylish celebrity on the red carpet. The hottie won the Bolan Award in year 2007 for the new face for the film Mohabbatan Saachiyan. Veena Malik got CM’s appreciation letter for her work in SOS children village in Pakistan. Malik has worked as a representative at the World Health Organization for 2 years.

She also sponsors a child at the SOS children’s village, an NGO based in Pakistan working with orphaned children. In 2012 the sexy comedian is given the 26th rank on FHM India’s “100 sexiest women list”. Before she attained the sky of acting she was a comedian for several television shows and series. Veena began her TV career with hosting Hum Sab Ummeed Se Hain. The show is a political and social satire. Next she took the mimicking show Miss Duniya where she mimicked many famous celebrities, from politicians, actors, singers to entertainers.

In India her television break came with Big Boss where she was the controversy queen of that season. This media awarded her the title “The hero of liberal Pakistan” after this show. In 2003, Malik appeared in the Project of Indo-Pak venture in the Punjabi film Pind Di Kudi which did not do well. But it marked the first Indo-Pak venture film.

She not only did Paikstani films but also did Punjabi films like Pind Di Gashti (2003), Mohabbatan Sachiyaan (2008), Ishq Beparwaah (2008). Veena Malik stepped in Bollywood industry with item song Channo in the film Gali Gali Mein Chor Hai. She did another item dance and a special appearance in the song Fan Ban Gayi from the film Tere Naal Love Ho Gaya.

Her upcoming films include Zindagi 50-50, All U Need.. Love, Mr. Money. After the success of Big Boss in India Veena started getting more and more offers even from Bollywood and have many films in the line. Veena has been offered to do the role of Silk in the Kannada counterpart of Vidya Balan’s The Dirty Picture. The film is titled Dirty Picture: Silk Sakkath Maga.