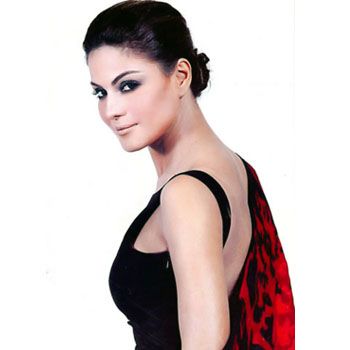 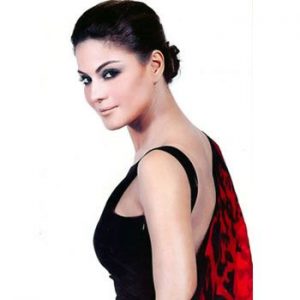 Veena Malik - real name Zahida Malik - is a popular Film and Television artist, famous for her mimicry and improvised comedy. Apart from that, Veena is a model.

Veena Malik  - real name Zahida Malik - is a popular Film and Television artist, famous for her mimicry and improvised comedy. Apart from that, Veena is a model.

As Veena Malik has not yet reached to Pakistan so Fashion Central exclusively talked with her spokesperson, Sohail Rashid to know things about her amazing, fun-filled journey in the house of Big Boss

1. First of all tell us before going into Big Boss house, what was your motto?

Well, her motto was just to spread peace and love.

2. The whole nation believes that you were not only ‘Veena Malik’ in the house of Big Boss but a representative of modern women of Pakistan. However your actions throughout your journey rather degraded the image of Pakistani women. What do you have to say about this?

She was just offered a big project from India and she said yes to it. Secondly, she didn’t do any thing wrong or disgraceful, it can be a thinking of few people only, but mostly people from all over the world really like her, and I must give you a solid example of that, that she is the only participant of bigg boss who was nominated seven times by housemates, but six times she was completely safe from eviction, that shows how Indian people like her and voted for her.

She has a very huge fan following that is why she is now being offered a lot of projects and people are even getting crazy to see her one sight.

3. Your dresses and your cuddling sessions with Indian actor Ashmit Patel are being heavily criticized not only in Pakistan but in India also. You could have shown some feminine modesty and decency but you did not. Why?

She mostly wears trouser shirt or jeans in home and this is what she wore there. Besides on the occasion of Sara’s wedding she wore traditional dresses like chori daar and sari. Yes sometimes she did wear shorts but Sara Khan and Aanchal Kumar also used to wear that so it must not be criticized.

4. Elaborate your relationship with Ashmit Patel and Hristant Goswami? What about those self talking in front of mirror about Hristant? How will you justify them?

Veena and Ashmit are just good friends and Big Boss house is a place where you are surrounded by your close family members so you miss the care and love of home and you need someone to care for you and look after you. Veena and Ashmit only cared for each other as true friends. As far as Hrishant is concerned Veena only admired him as a good looking person but it was not love.

5. You did the most disrespectful and insane act of dancing on the table and you must believe that it was the time you crossed limits? What do you have to say about this?

It was not a pre-planned act, it just happened accidently when Veena was running after Ashmit, and all of a sudden she stepped on the table in a chill mood and started dancing. Later on she even realized her mistake and said sorry but Big Boss made the issue out of whole thing.

6. People all over Pakistan and India have labeled you as ‘Rakhi Sawant of Pakistan’ what do you feel about this? Don’t you think you should have projected a much decent and respectful picture over there?

It’s all about what people think, it’s their own thinking and we can’t stop them. But I don’t think so because Veena Malik has made her own individuality, and she has proved that in her journey in the house of Big Boss. Veena Malik has entirely her own personality and individuality so we can’t compare her with Rakhi Sawant.

7. What about this age scene? Previously you were 32 on the site of Big Boss and when you got evicted, you turned 26 on their site!

It was just a typing mistake, her real age is 26, but after talking to colors production team they corrected it.

8. We had been seeing 1 hour out of 24 hours of the day on television. Tell us about other 23 hours, what were they like and what you used to do in them?

Yes it was a 24 hours recording but they only showed 1 hour out of 24 on television, and mostly that 1 hour was all about gossips and fights and things that Big Boss team thought would interest audience. Mostly they only showed negative things but Veena Malik also exchanged political views with friends and offered prayers sometimes that was never shown on TV.

9. You and Sameer Soni, who was one of the most decent house mates over there, never seem to get along together. He even said ‘Rakh Kay Lappar Don’ to you. What is the reason behind that?

I guess he never understand the real Veena Malik, he was always like a back biter, never able to speak in front of her and said nasty things at her back. Basically Sameer “ Teeli laga kar pechay hat jata tha.”

10. Why do Ashmit eat boiled vegetables all the time?  Is he some kind of Patient or what?

11. What did you feel after all this Big Boss experience. Are you guilty on your acts or do you feel you have done the right thing?

Her experience at Big Boss had been a very good one. She is very happy for it and she is not guilty at all because she is confident enough that she has not done anything wrong for which she should be guilty.