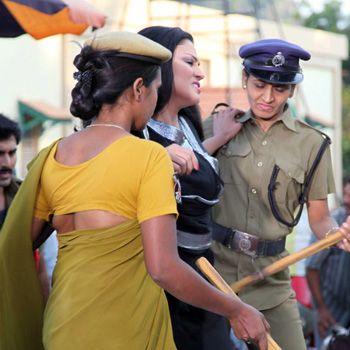 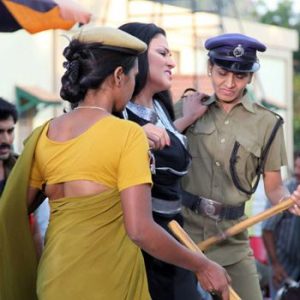 Sarkari jail has seen many Bollywood fames in their four walls. Recently the elegant and beautifulVeena Malik was seen at Hyderabad Jail.

Arrested Veena said, “It’s a very toughest part of my movie because the feeling which I get while arrested is speechless. In the four wall of imprisonment I lost my happiness and freedom. I am happy to get the experience of it and give my best of it.”

Jail has become the second home of many Bollywood hunks. It’s very sad to see our Big Bollywood celebrities who always face imprisonment. “I can understand the torture, the trauma which celebrities suffer through their imprisonment it’s very difficult”, she added.

Veena Malik is busy on shooting her Telugu Movie “Nagna Satyam” which is directed by Rama Rao. She will also be seen in upcoming Bollywood flick “The City That Never Sleeps” which is Produced Satish Reddy and Directed by Haroon Rashid. Where Veena will break Guinness World Records and rub shoulders with Hollywood star Jeremy William, Yvette Shaw and Bollywood actors.