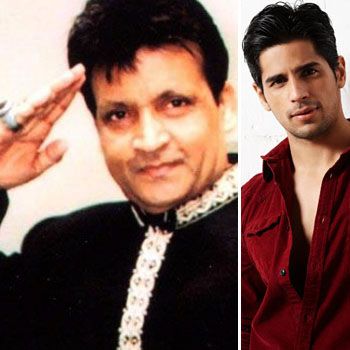 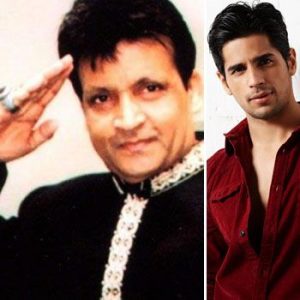 Siddharth Malhotra's love for Mr. Umer Sharif revealed when the actor consider Mr Sharif as one of the biggest influences for him.

The cool Siddharth-Malhotra has brought new sensation in B-Town; the stud has worked with the two leading names of Bollywood industry Karan Johar and Dharma Productions. These two labels definitely guarantee success in Indian films. And with his second film Hasee Tou Phasee, the actor has proved that he has all the good acting skills to stay long in Bollywood industry.

Siddharth will show his dark side in his next movie, ‘Ek Villian’. This action based movie is slated to release in late June, 2014. In Filmfare awards he has recently given an interview to ‘in which he talked about his life before movies. The actor revealed that he i9s a big fan of Mr. Umer Sharif he actually grew up watching Umar Sharif and Pakistani classic dramas like ‘Dhoop Kinaray’.

“My mother Brinda Malhotra is a housewife. She used to be a big fan of Yash Chopra. That was my initial impression of films. While sailing we’d watch films on the VCR. She’d watch Pakistani plays. Umar Sharif was her favorite actor. So Yash Chopra films and Umar Sharif’s plays were huge influences. We’d watch serious Pakistani plays too like Dhoop Kinaray,” Siddharth said.