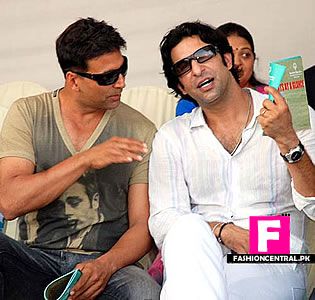 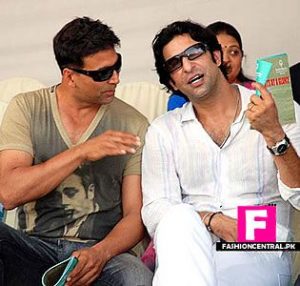 Bollywood beauty Sushmita Sen and Pakistani cricket legend great Wasim Akram have teamed up to kick off a reality show.

Bollywood beauty Sushmita Sen and Pakistani cricket legend great Wasim Akram have teamed up to kick off a reality show.

The show will team up present day cricket heroes with some of the hotest ladies from Indian television to fight out not on the grass but on the dance-floor.

Sushmita Sen and former captain of Pakistan cricket team Wasim Akram would judge the contestants. The show will be hosted by actress Sandhya Mridul and will be aired on "Colors" from September 26 every Friday and Saturday at 9 pm.

"Ek Khiladi Ek Haseena is a unique concept and will not only attract cricket lovers but also showbiz fans. Working with Bhajji was fun," Said Mona.

“The show is very different and they have managed to get present day cricketers to participate in the show. People will laugh when they see me dancing,” said Bhajji.

The winner of the show takes home a cash prize of 25 lakh.