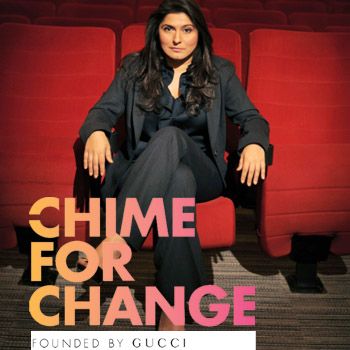 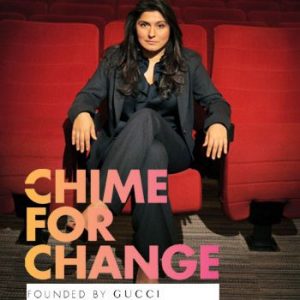 SOC Film’s first international undertaking, a short documentary titled ‘Humaira: The Dream Catcher’, premiered at the CHIME FOR CHANGE campaign press conference held at the Soho Hotel in London on 26th March 2013. CHIME FOR CHANGE is a recently launched global campaign founded by Gucci that aims to raise funds and awareness for girls’ and women’s empowerment. The press conference was co-hosted by Hollywood actress Salma Hayek Pinault along with Sharmeen Obaid-Chinoy, Mariane Pearl and musician John Legend to announce THE SOUND OF CHANGE LIVE, a global concert to take place on Saturday 1 June 2013 at London’s Twickenham Stadium to be broadcasted around the world.

The press conference marked the official launch of the documentary film, which celebrates the efforts of Humaira Bachal, an activist and educationalist based in the Muwach Goth area of Karachi, Pakistan. As a child, Humaira fought against her family and community in order to gain an education, and is now making education accessible to other children in Muwach Goth. Through her unwavering determination and unbreakable spirit, Humaira has successfully educated over 1200 children and is working tirelessly to change current attitudes towards education in her community. The Dream Foundation School charges its students a nominal fee of one cent per day.

While at the premiere of film ‘HUMAIRA’, Sharmeen Obaid-Chinoy said, “As a social justice documentary filmmaker I wanted to make a film about education that would make audiences sit up and smile with hope. Humaira Bachal’s life and struggles to provide education to the young women in her community is inspiring not only because she leads from the front, but also because her no nonsense attitude forces the men in her community to listen to what she has to say. I think her message would resonate with people around the world, especially women on the front lines who risk their lives every single day to kick open new doors for the next generation.”