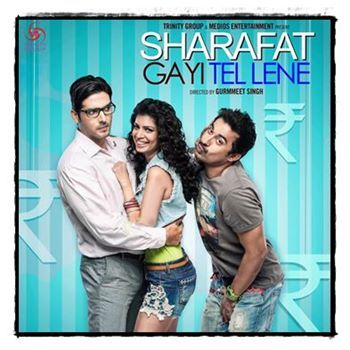 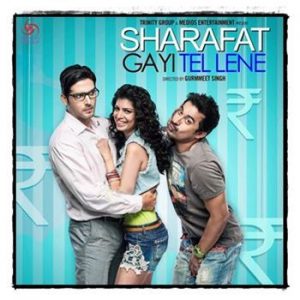 Sharafat Gayi Tel Lene, a comic thriller that deals with a common man who gets trapped in a notion that honesty is a best policy.

Sharafat Gayi Tel Lene has a strong, interesting plot. But, it places in the middle of the movie, unfortunately. The chemistry between the two leading actors was not that up to the mark seemingly two worst possible non-actors.

The story line of the film revolves in the city Delhi where Prithvi Khurana (Zayed Khan) is a simple, easy going and lowly paid architect. The actor fell in love with Megha (Tena Desai). Thankfully, what Megha and Prithvi don’t provide, the third character in the film Sam does. Sam (Rannvijay Singh) is playing a role of Prithvi’s room-mate, a no-gooder who sleeps in his underwear and leans on obliging friends for rent money and drinks. In the whole film it seems that Sam is more into Prithvi than Megha will ever be.

Prithvi saves money to buy a simple engagement ring and took her beloved to dinner. To pursue this plan Prithvi withdraws careful little amounts from this account too make her girl friend happy. She’s delighted and all the money is over. Then Prithvi returns to the ATM to withdraw some more cash but shocked because something went seriously wrong.

He wanted to check up with the bank manager but suddenly the bank manager comes calling. It’s all very confusing for both Prithvi and Sam who is let in on the facts and figures right away. Then the two received a phone call from a private number in which a guttural voice issues instructions to Prithvi. Prithvi, Sam and Prithvi’s Maruti 800 get tied up in the role of couriers. Prithvi is scared to say no, scared to go to the cops and even more scared to tell Megha. But Megha figures something is wrong with him and rush to Mr. Chadha uncle (Yuri Suri), a cop, who is of no outcome really, but is entertaining.

Though the film’s plot is intriguing and kept the viewers involved but the overall direction and scene executions lack interest. Moreover, the main leads were of disappointment.

Zayed Khan seems to have been dragged out from wherever he’d been snoozing for the last couple of years against his will. He is unkempt and in need of a tumble wash and dry. Where ever he was, rest assured, he wasn’t at an acting school. The priceless blank expression by Zayed Khan that can be used in every situation and scene in the film where quivering is not required.

Rannvijay Singh overacts but that’s necessary because the dim, spud-like thing next to him is doing nothing. Oh ya, he’s quaking.