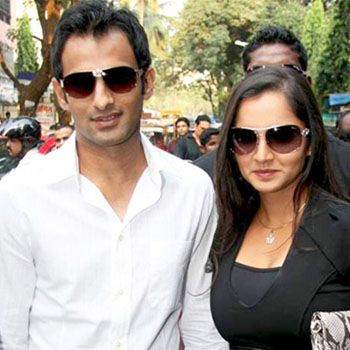 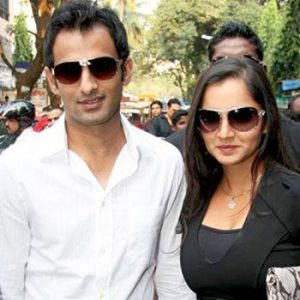 The speculations of Sania and Shoaibâ€™s differences became rife due to the continued distance between the two sporting personalities.

The news of differences and separation of Shoaib and Sania had been making rounds on the media for many months, but the Indian tennis player, Sania unveiled the true side of the picture. Right now she is at Sialkot spending some time with her husband and susral and also clarified that reports about her marriage being on the rocks were incorrect.

“Our marriage has not been easy because we are professional athletes and belonged from different countries and we knew there would be stress on us with time but we have so far managed it well. There are no problems between us at all,”. I came to Sialkot to just relax with my husband and in-laws before the start of my circuit commitments in Europe. I have had a great time and just been busy eating out and shopping to my heart’s content because I was out of the media limelight,” she added.

Sania said “I am still as much in love with Shoaib as we were when we got married four years ago,” I know there is lot of talk about the security situation in Pakistan but I have no problems visiting Pakistan as it is my ‘sasural’,” she said. Sania said she had been shopping and had also taken time out to enjoy fruit chaat from roadside vendors. “When I went to the bazaars the shopkeepers used to first wonder whether I was Sania Mirza but when they see Shoaib with me, they knew it was me and it used to be fun giving autographs and clicking pictures.

“This is the best possible way to unwind before a tough tennis circuit coming up,” she said. Stating that she was a cricket fan and was disappointed at India losing the final of the World T20 tournament against Sri Lanka recently, Sania said, “I watched the final in Sialkot and we were all cheering for India to win but it was Sri Lanka’s day.”

“I am also praying that Shoaib gets back into form soon as he remains a top player, she said, adding, “Every top cricketer goes through up and down in his career but Shoaib is a top player that is why he is in demand in these foreign T20 leagues.” Sania said she will be leaving for Europe on April 18.