Pakistan’s film industry and cinema houses are increasing day by day and it was predicted 4 years back by many big names in the industry.

It’s doing good to Pakistan than people can imagine. All the work done is here which is being watched everywhere else in the world. Not only that but it also gives a lot of boost to the economy overall. And why not? Pakistan indeed has raw talent which is appreciated all over the world.

Undoubtedly, Pakistan’s drama industry has done more work than the film industry. People have moved from  TV to cinema and have flourished! So this year, on Eid our box office was packed with movies! Since Pakistan had a partial ban on Indian movies, people went out to watch Pakistani movies. And like good critiques, people gave out their most honest of opinions. Sadaf Kanwal was one of them! 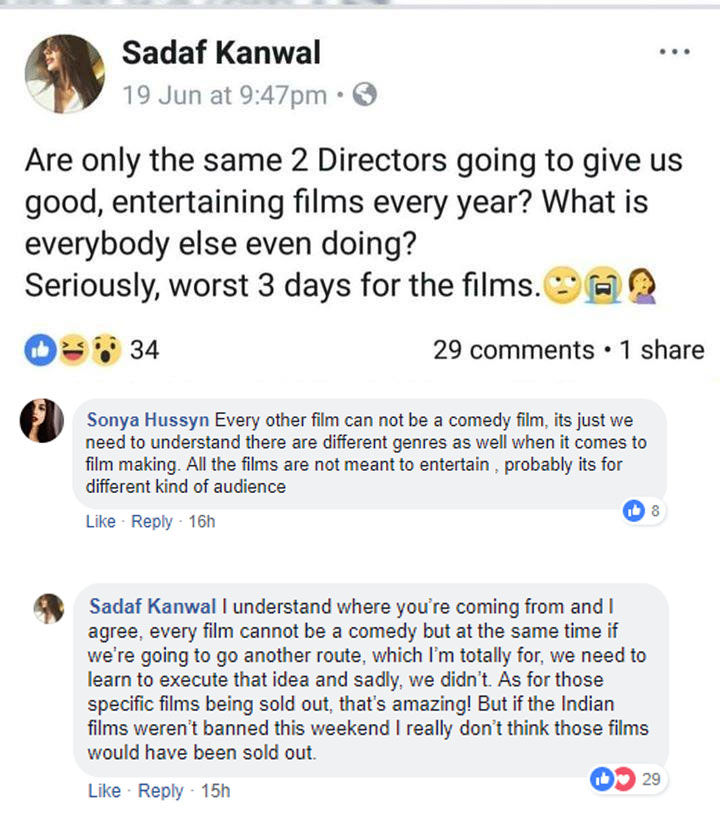 There were other people who backed Sadaf on her stance! 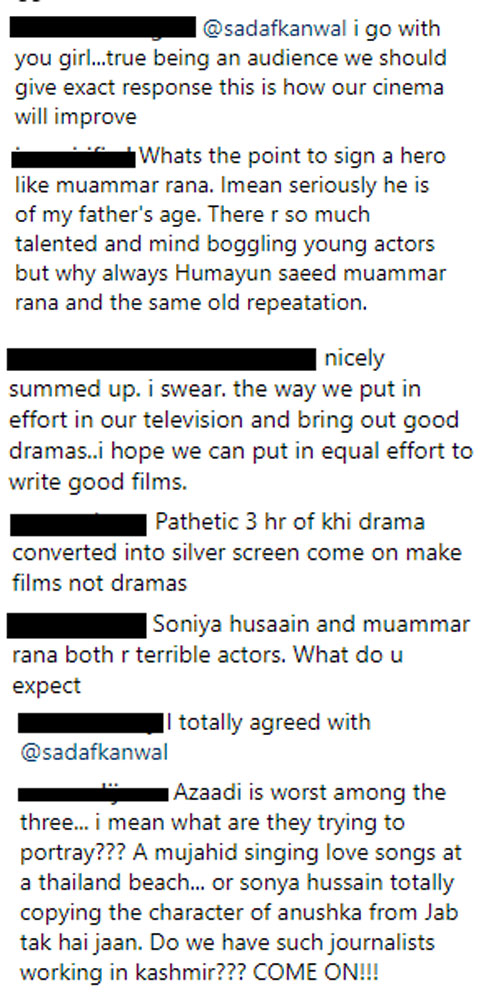 So and so there are ups and downs in every industry. The reason we have good TV industry is that people working in that field have a lot of experience in the respective area, while the film industry has just started working out. Let’s give it some more years and wait for more directors to experiment and learn!
Tags: Sonya Hussyn
Previous Post

Nadia Hussain Looses Her Cool Over An Internet Troll Who Bullied Her Kids!

Kajol Slips And Falls at a Mall. Then Handles it like a Boss

Ali Zafar Shines in First Song of Teefa in Trouble