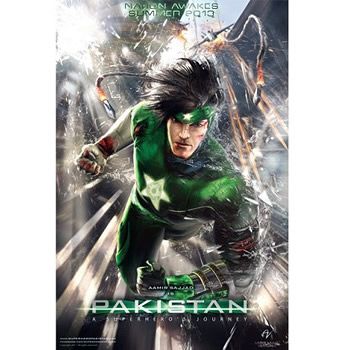 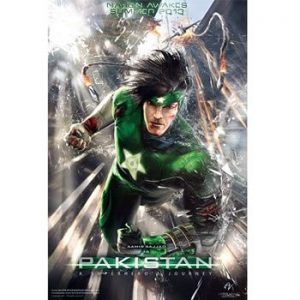 With Pakistan's film industry taking a U-turn, the latest addition to revive the cinema is the Pakistan's first ever science fiction film "Nation Awakes" by Aamir Sajjad.

With Pakistan’s film industry taking a U-turn, the latest addition to revive the cinema is the Pakistan’s first ever science fiction film “Nation Awakes” by Aamir Sajjad.

Nation Awakes is going to be the first ever big budget superhero Pakistani film with 200 to 250 million rupees, which is currently in production, being produced by Aamir Sajjad Ventures of Concept Group in association with Hollywood, UK & Australian Studios. With the aim of taking Lollywood ahead, many talented fresh producers are endeavoring with their latest projects. Film “Nation Awakes” is such a movie about which Aamir Sajjad, the producer as well as the lead hero said, ”The basic concept of the film is that it is not a normal superhero movie — we are trying to take a different route by exploring Pakistan’s current scenario. A superhero in that context (of Pakistan) will be one who aims to preserve humanity on a global level."

“We have constructed the story so that it focuses on the life of a superhero from the time he is with his foster parents; we won’t go into the details of where he comes from or his background. Since the comic culture is so limited here in Pakistan, we figured it would be more logical to make a film first as compared to a graphic novel,” says Aamir.

80% scripting of “Nation Awakes” is completed, the film’s casting will begin in april 2013 and the teaser to be released in June. Music director for the film is Sahir Ali Bagga, Song Lyrics are done by Sabir Zafar & Riaz Ur Rehman Sagar and the singer is Sara Raza Khan.