Labanese-American former adult star Mia Khalifa is wondering when Priyanka Chopra will break her silence on farmers protesting in India.

The farmers’ protests in India are gaining momentum, prompting a response from international celebrities. Indian extremists were hardly done bashing Rihanna on Twitter when Khalifa stepped in to add fuel to the fire.

“Is Mrs Jonas going to chime in at any point?” she said. “I’m just curious.”

Is Mrs. Jonas going to chime in at any point? I’m just curious. This is very much giving me shakira during the Beirut devastation vibes. Silence.

She said Priyanka’s silence on farmers is no different from Shakira’s on Beirut explosion in August last year. Shakira’s paternal grandparents were immigrants to the United States from Lebanon, but Khalifa felt the singer wasn’t doing enough to help the blast victims. 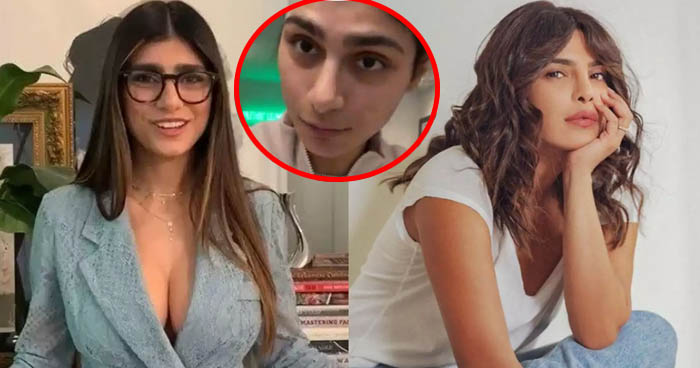 Khalifa also shared a photo of her meal as a “shout-out” to the farmers.

Shoutout to the farmers ??‍? pic.twitter.com/0w95qVjUL1

Many users pointed out that Priyanka did speak up for the farmers in December 2020.

Tens of thousands of farmers have been protesting since November 26 in camps on the outskirts of New Delhi against the deregulation of India’s agriculture sector, AFP reported.

One rally last week turned into a deadly rampage. Since then, police have detained dozens of farmers.

Our farmers are India’s Food Soldiers. Their fears need to be allayed. Their hopes need to be met. As a thriving democracy, we must ensure that this crises is resolved sooner than later. https://t.co/PDOD0AIeFv

The protests have divided the country, with several accusing the protesters of having an anti-state agenda. The government also cut off internet in the capital New Delhi in a bid to stop protests, international media has reported.

Iqra Aziz talks why She Prefers Dramas Instead of Films