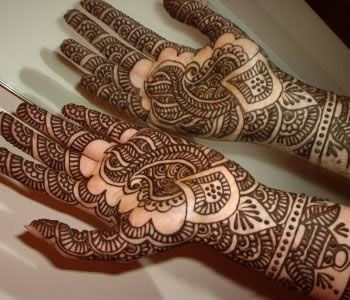 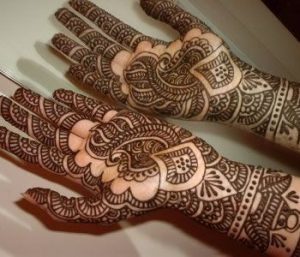 An indispensable part of Muslim culture mehndi has gone cosmopolitan thanks to the likes of Madonna. Its Eid, its mehndi fun.

Mehndi is a subcontinent and Islamic tradition as well. Mehndi is one traditional trend that manages to stay in fashion. Mehndi designs have fast gained popularity in the west too since it is a lot like hand painting and tattooing.

Mehndi takes a whole new meaning during celebrations especially the tradional celebrations like weddings and Eid.

Mehndi is associated to luck too; a good dark mehndi design is a sign of good luck. It is common for the names of the bride and groom to be hidden in the mehndi design.

On Eid mehndi takes a whole new meaning as it’s also a ‘sunnah’. For Muslims that gives mehndi a whole new religious zeal too. On Eid night women get special mehndi designs made. From brides’ hands, to being used to make tattoos on arms and bellies, mehndi is diverse with versatile mehndi designs now.

This Eid don’t let your mehndi design be the same boring pattern. Make your mehndi interesting!

An indispensable part of Muslim culture mehndi has gone cosmopolitan thanks to the likes of Madonna. It’s Eid, its mehndi fun.