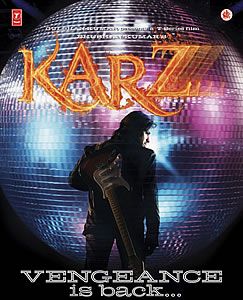 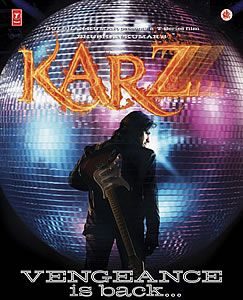 Karzzz is a clean family entertainment in the classic Bollywood sense. And in these hard times of rising inflation, tumbling economies and whatever else, Karzzz takes you back to those crazy, familiar times, when you knew what the end was and better

Karzzz is a clean family entertainment in the classic Bollywood sense. And in these hard times of rising inflation, tumbling economies and whatever else, “Karzzz” takes you back to those crazy, familiar times, when you knew what the end was and better yet, you knew what the journey would be like.

Produced by Bhushan Kumar and Krishan Kumar, Karzzz is a remake of Rishi Kapoor and Semi KarzzGarewal starred 1980 film Karze. The leading lady of the remake is director Indra Kumar's daughter Shweta Kumar, who makes his debut opposite Himesh Reshammiya in Karzzzz.

“Karzzz” is apparently the same tale as the old “Karz”, starring Rishi Kapoor. In Satish Kaushik’s Karzzz Monty (Himesh Reshammiya) is a rock star, who falls in love with Tina (Shweta Kumar) in South Africa, while she’s on an assignment from her catering college in Kenya. For Monty, it's love at first sight. Later, during one of his shows, Monty starts playing a tune and suddenly goes into a trance, with intense visual flashes -- a mansion, a temple, a beautiful girl... Monty collapses. While he was in Kenya with Tina, he spots the same palace, same beautiful girl, Kamini who’s now a princess, of what he used to get visual flashes.

The sequence between Dino and Urmila at the very start makes the audience tighten their seat belts. Thereafter, the love story between Himesh and Shweta charters the predictable path, but you sit up once Urmila makes a re-appearance.

Karzzz is a Himesh show all the way. As the story primarily revolves around Monty and Kaamini, there's not much meat in Shweta Kumar’s character since. Urmila is top notch. In two scenes mainly. One, at the very outset. Two, towards the end, when she confronts Himesh. Dino Morea leaves a mark. Danny Denzongpa is ideal for the part. Gulshan Grover and Raj Babbar are wasted. Rohini Hattangadi and the actress enacting the role of the sister are good. Bakthiyaar Irani acts well. Asrani provides some light moments. Himani Shivpuri is fine.

That said, let us not ignore the fact that there are lot of things about Karzzzz that fail to live up to our expectations. The art direction is so shoddy that you wonder if it is some kind of a joke. Billionaire Ravi Verma's (Dino Morea) palace is located in Cape Town, in the midst of a stunning vineyard. But once inside, you are treated to garish green wallpapers and green sofas, butlers in tail coats and gloves, who move around in the background like apparitions.

On the whole, “Karzzz” takes those very Bollywood themes of reincarnation and revenge, which are SO not now, but sticks to the formula and doesn’t veer too far from the theme. It is ridiculous and implausible, just as it was back then – in the 70s, 80s and even 90s. Well, Rishi Kapoor was matchless and KARZ continues to remain a shining medal to this date, but even the harshest of critics would agree that Himesh is here to stay.