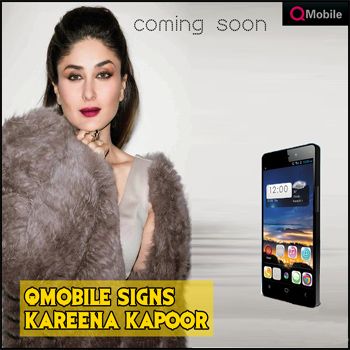 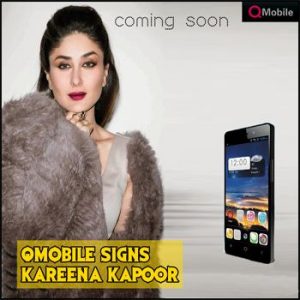 Bebo has named as the brand ambassador of Q mobile and will now be seen in the Tv commercial of Pakistani largest selling brand Q mobile.

Bollywood superstar Kareena Kapoor has been named the brand ambassador of QMobile, the largest selling mobile phone company in Pakistan. Mrs Saif Ali Khan is endorsing QMobile’s flagship Noir Quadcore Z4.The 33-year-old will feature in Pakistan’s most expensive mobile advertisement to date, which will be shot in Thailand and directed by Farooq Mannan, according to Hindustan Times.

She also expressed excitement in becoming a part of Q mobile family. The ad is considered as the most expensive commercial coming from the mobile sector and the ad is shoot in Thailand. After making grounds and strong screen presence in Indian film industry ad endorsements in Indian ads. The charming Kareena Kapoor will mesmerize the Pakistani audience with her attractive looks.