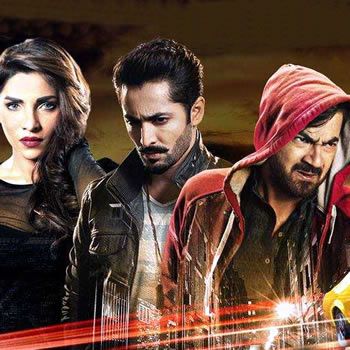 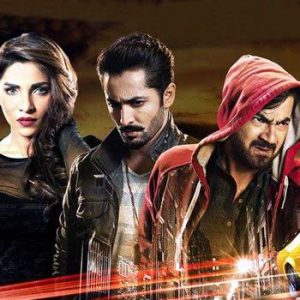 For a movie named Jalaibee, the twists in this caper action thriller film directed by Yasir Jaswal are as predictable as a Disney film.

The Jalaibee movie begins with Bugga and Billu facing the biggest dilemma of their lives they’ve botched up a bank robbery they carried out for the mysterious city mafia don (referred to as the 'king') and now his mafia, fronted by Dara (Adnan Jaffer) wants them to pay 5 crores in a day’s time. That might be a story arc that’s played out before in countless other films.

However, it gets interesting when the duos’ trajectory gets intermingled with the foreign-returned and heavily accented Ali (played by Wiqar Ali Khan) and his brother Jimmy (played by Uzair Jaswal). They are out to avenge the same mafia for killing their dad when they were kids.

Now Ali is purposefully dating Eman (played by Sabeeka Imam) the daughter of the head of a political party, a soon-to-be prime minister and the presumed godfather of the same mafia. When she gives up some critical information about her dad (played by Sajid Hasan), Ali hatches his plan to kidnap Eman’s dad and reveal all his conduct to the media. But a mix-up with Billu and Bugga leads to complications that he hadn’t anticipated at all.

There had to be a love triangle thrust into the narrative – and so Zhalay Sarhadi makes her entrance as Bannu, a modern-day courtesan or escort. Originally approached by Billu and Baggu to help pay back their debt, she falls madly in love with Ali. She is willing to go to great lengths to help him out.

Camera movements, angles and close-up shots of the characters do a great job of revealing more than what the dialogue manages to. The high quality visuals can also be attributed to the ARRI Alexa HD camera on which the whole film was shot. The music score by Qayaas, Uzair Jaswal and Humaira Arshad is fast-paced and fits the rhythm and pacing of the film well.

Another outstanding job in the film has been done by the big bad villain Dara played by Adnan Jaffer who is the face of the mafia. It’s easy to go over the top with a role like his, and become a caricature but Jaffer keeps the theatrics minimal.

It’s nice to see that Pakistani cinema has gotten to a point where we no longer go to watch a local flick just because it’s “Pakistani” and “ours” and we’re all supposed to be patriotic and eyeball it no matter how bland and boring it is. Pakistani films are able to shine on their own without the patriotism mantra marketed to pull in the crowds.