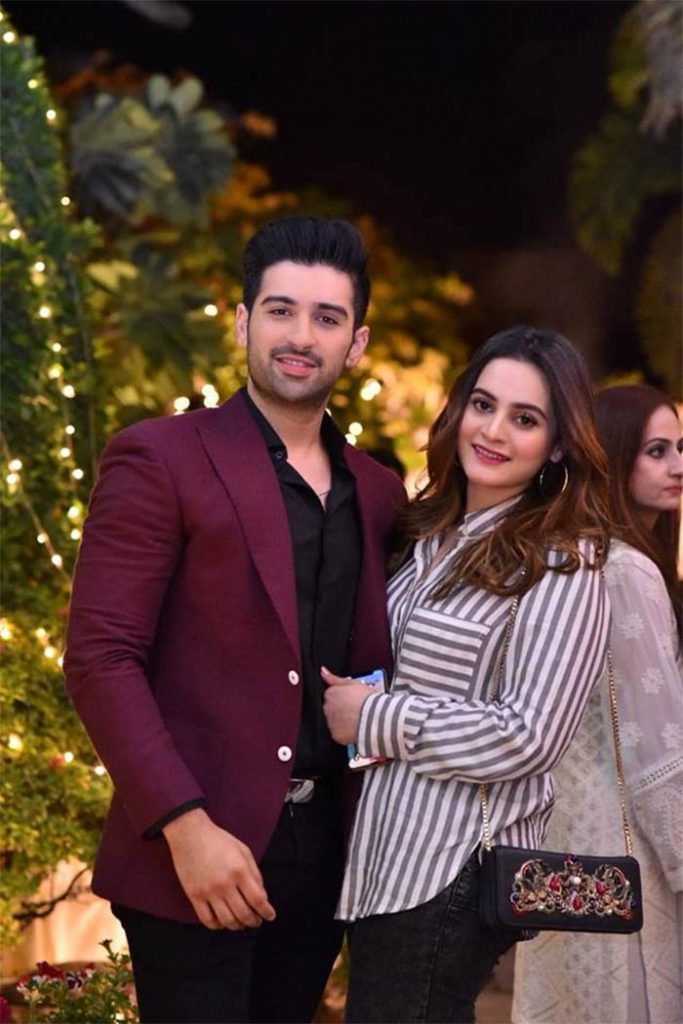 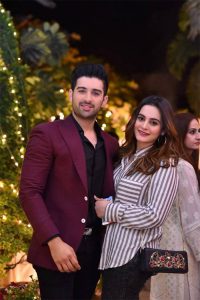 People raised their doubts when actress Aiman Khan was seen wearing loose clothes and looks almost fatty in a recent musical event which was held in Karachi.

Pakistani actress Aiman Khan tied the knot with Muneeb Butt in November 2018. Muneeb is a Pakistani actor who works in Dramas and films. He was known by his leading role in super hit drama Koi Chand Rakh. Rafay Rashdi organized a musical night in Karachi which was attended by many celebrities.

Aiman Khan was seen wearing loose clothes and people started raising their doubts when her photos were circulated in social networking site Instagram and her fans passed comments like as if she were pregnant.

The way she posed herself for a photo, holding her hand on her belly made people think that she was expected. But in fact, she was wearing loose clothes that raised her fans eyebrows. 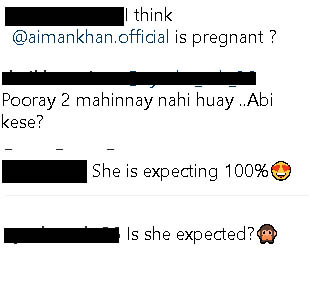