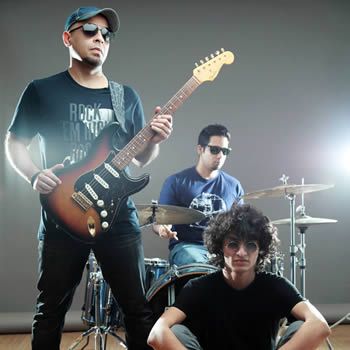 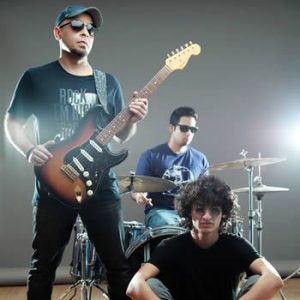 1. Why did Mizmaar split up seven years ago?

Kashan: Mizmaar split up due to the singer Daniyal Badshah’s inability to commit to the band due to personal reasons.

2. What have you guys been doing since then? Any music related activities?

Kashan: We have been actively involved in music. We have been producing albums for other artists and have also been doing jingles and commercials. Some of the prominent albums we have produced include Usman Riaz’s ‘Adventures of the lost boy’ and Aliya Chinoy’s ‘Almost Dawn’. So the journey even without the band has been very musical.

3. What prompted the band to get back together?

Alfred: When we heard Mashhad, our new vocalist, we felt that he has what it takes to be Mizmaar’s new vocalist. We thought we could create something very unique and original with him.

4. How is the music industry different now as compared to when Mizmaar first emerged on the music scene?

Kashan: The dynamics of the music industry have changed completely. The industry has become very difficult and competitive, because now music is a free commodity. You make a song and put it on the internet/social media. People see it by choice if it looks good to them they will watch it if not they won't. There are very few music channels left that play local music, so it makes it very tough for artists to reach out the audience.

5. Please tell us about your new vocalist and why you chose to recruit him for the band?

Kashan: He has a fresh voice, he’s talented, dedicated, has a great vocal tone and the best part is he has a unique/original singing style which adds to the band’s musicality.

Alfred: There are many reasons why we chose Mashhad as the new singer. Firstly he has a fresh and unique voice with a very versatile singing style. He is equally comfortable with eastern style of singing as he is with western singing. Secondly he is very young and energetic which complements the band’s performance style.

6. Question for the Mashhad: How does it feel to be a part of Mizmaar? Also, could you please tell us a bit about your background?

Mashhad: It is a dream come true to be a part of this great act! I never saw it coming honestly and when I was offered I just couldn't say no! I remember how I used to watch Mizmaar’s videos and wonder what it is like to be a star. Wondered what it takes to make such beautiful music and I am thankful to God that I got this opportunity at such a young age and that the two stars from Mizmaar, Kashan and Alfred, saw something in me.

I clearly remember I was nine when I went up to my father and told him I wanted to sing for the rest of my life, he smiled and said ’’I had a lot to learn’’ he bought me a harmonium and taught whatever he knew, I never had a real ustad so for me my dad will always be my teacher.

My father was the sole person who gave me the confidence and my mother made sure whatever I heard was good music. She brought me close to Ustaad Nusrat Fateh Ali Khan, Kailash Kher and many more and ever since I have been in love with semi classical and classical side of music. I remember how every morning going to school I would finish one side of the album and write lyrics on my notebook during the class.

As I grew older my attention went towards the western side. I came across Pink Floyd, Led Zepplin, Queen also solo acts like John Mayer and I decided that I wanted to be in a band. I took part in all the competitions at school. Winning back then meant everything and I did that countless times for my school.

7. Please tell us about your comeback single 'Jee Loonga'.

Kashan: Jee Loonga is a song about living life the way you want to live and not giving in to the pressures around you.

8. What can you tell us about the 'Jee Loonga' music video?

Mashhad: Jee Loonga’s music video is directed by Kashan along with Alfred and it reflects the meaning of the song through an abstract concept of being confined and how to free yourself from that.

9. How much work have you done on the new album? When can we expect its release?

Kashan: The new album is almost ready but we see it as a single by single release throughout the year as opposed to a full length album release.

10. What can we expect from Mizmaar in the coming months?

Alfred: A lot of great music and surprises for sure.