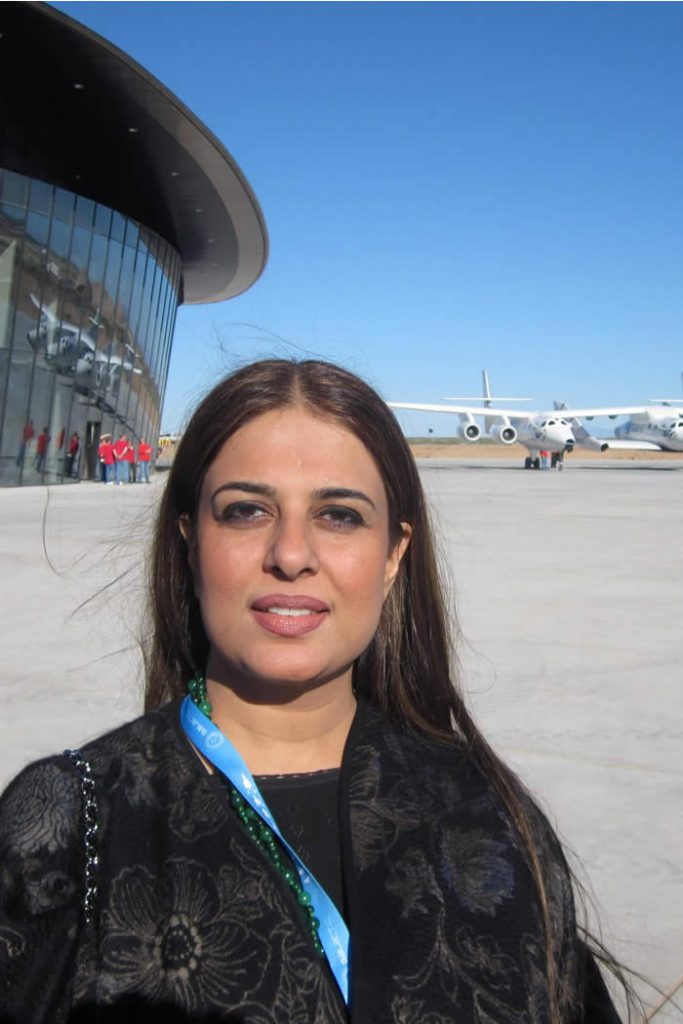 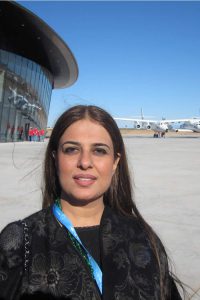 Namira Salim born in Karachi, Pakistan is an explorer and artist. She is the first Pakistani to have reached the North Pole in April 2017 and the South Pole in January 2008

Going into space is a dream only a select few can turn into reality. A dream seemingly even less achievable for women.

Nonetheless, there are luminaries who have set foot into the unknown alongside men. The first woman in space was Russian cosmonaut Valentina Tereshkova. Following her footsteps were Indian astronaut Kalpana Chawla, Judith Resnik and Peggy Whitson, who has five space expeditions to her credit.

She may not be fully there yet but Namira Salim became a symbol of women’s empowerment in Pakistan when in August 2006, the Ministry of Information and Broadcasting, government of Pakistan launched her as the “First Pakistani Astronaut.”

Later in 2008, she presented her sub-orbital space flight training certificate to the then president of Pakistan Pervez Musharraf. Since then, as a private citizen, she has made several significant contributions to Pakistan’s space programme and worked in close association with Pakistan’s Space and Upper Atmosphere Research Commission (Suparco).

Here are some excerpts from her recent interview with Eos: 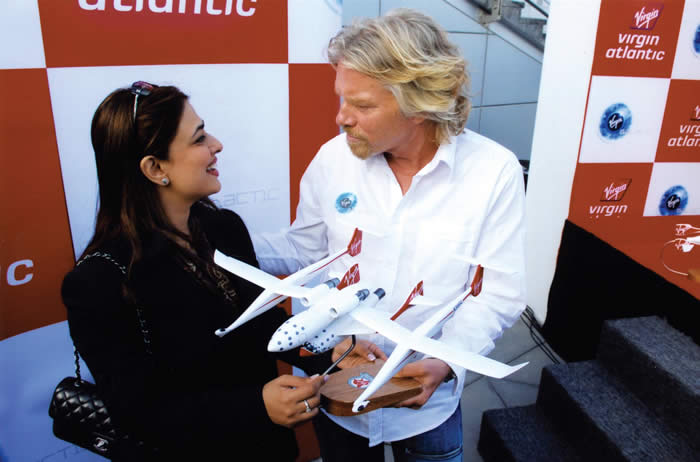 What are your early memories of Karachi where you were born and raised?

My most memorable moment is of a beautiful night sky when my father introduced me to the stars — the Pole Star to be more exact — and my journey into space began. I still remember when, at the age of five, I cried and told my parents that I didn’t like to play with toys and just wanted to go to space. Since my childhood, I was a dreamer and loved spending my time in the company of the stars.

I was never the academic type or conventionally bookish. I was born with a creative and idealistic spirit and always followed my heart.

Who or what prompted your love for space and to become an astronaut?

To be honest, space is what makes my DNA. This is the only explanation I have found [for my passion]. I romanced the stars and the farthest stretches of the universe drew me closer every day. For me, life on Earth is too mundane. I believe connecting to the heavens and going to space is a spiritual journey that I am destined to fulfil in my lifetime. Even as a child, there was this deep connection with stars — as if something was calling out to me. By the time I was 13, I announced to my cousins and friends that I would grow up to become an astronaut. 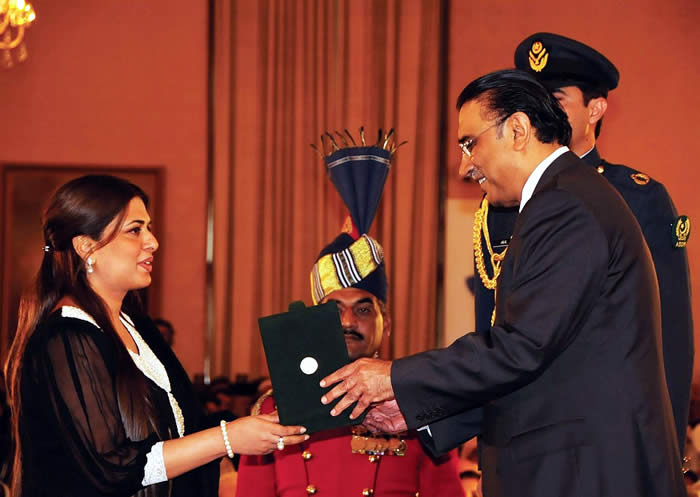 What kind of medical testing is mandatory for a female astronaut or space tourist?

It is not very demanding for space tourists going on a suborbital flight, which means we cross the Karman Line, which lies at 100 km above sea level and the line defines the boundary of outer space. Training takes a few days and as long as one is in decent health and generally fit, one can take the G-forces [gravitational forces]of a suborbital flight, which go as high as 6 Gs. Fighter pilots experience as high as 9Gs.

I was trained in the world’s most advanced high-performance centrifuge: the STS-400 at the Nastar Centre in the US, under the supervision of Virgin Galactic. This was a full simulation and an immersive experience into the way the actual spaceflight would be during launch/release, rocket motor ignition and the climb to altitude, weightlessness, and later the re-entry into the Earth’s atmosphere. The training process assessed my ability to tolerate and adapt to increasing gravitational forces and motion sickness during my potential sub-orbital space flight. 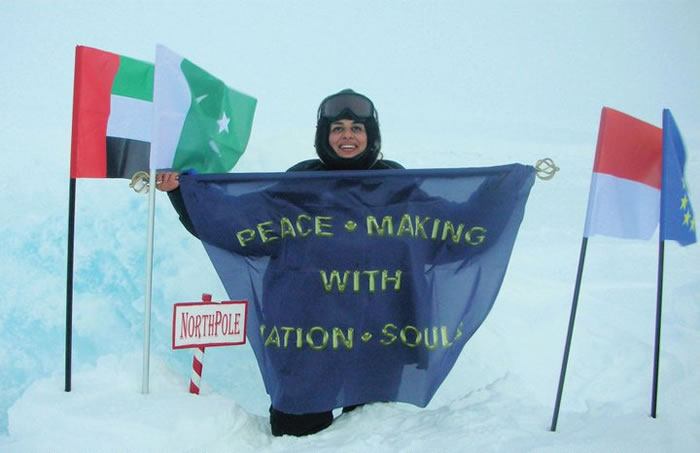 Initially, I felt completely weighed down by the G-Forces as if I was being crushed down by an elephant and then, before I knew it, I was floating in space, as light as a feather.

Share with us the highlights of your travels on Earth.

These were my “out of the world” experiences before breaking the orbit. It was my passion to go as far as possible on earth before reaching for the stars. I touched the two poles of the world [and the highest mountain]in my own unique way by raising my peace flag “Peace Making with Nation Souls.” Heading to the North Pole in April 2007 was the most challenging due to ferocious weather conditions and because this was my first rendezvous with such a massive expanse of ice.

But it was really living on the Ice Camp in Antarctica [Patriot Hills] at 80 degrees south for 10 days which I enjoyed the most, just before heading for the South Pole in January 2008. It was amazing to see the midnight sun and the 24-hour long daylight as the sky blushed in red-orange hues towards the close of the day, yet remained well-lit.

Luckily, there I got a chance to meet the most seasoned mountaineers and adventurers. Their encouragement led to my skydive over Mount Everest and my 10-day trek through the Himalayas as part of the first historic Everest Skydives, in October 2008. Despite a plane crash claiming the lives of 17 Swiss jumpers and two fellow jumpers meeting with an accident, I did not surrender and lived the fabulous experience of descending from the roof of the world, at 29,480 feet to touch down at Syangboche, the world’s highest drop zone located at 12,340 feet above sea level. 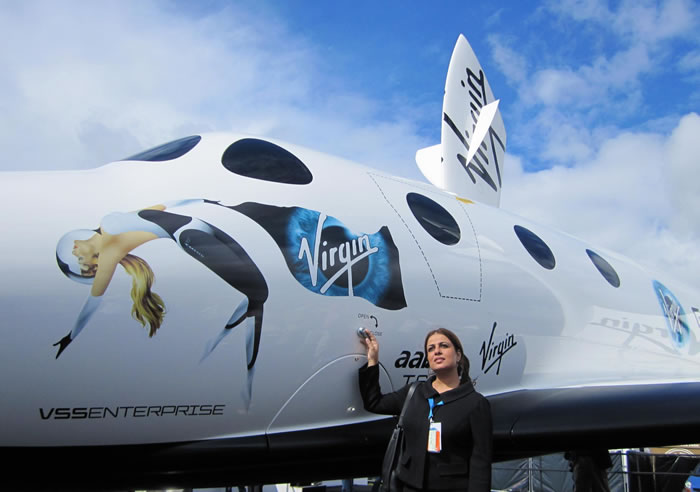 Do you think your achievements and potential spaceflight will help inspire Pakistani women to follow their dreams?

I believe anyone can find inspiration, [belonging to] any level of society, and I’ve heard many stories of young girls following my example. It gives them [motivation] to break the glass ceiling and helps them achieve the impossible.

They can take pride in the fact that the first Pakistani astronaut and the first South Asian space tourist is a woman. Sometimes women contact me and say that they used my name as an example to convince their parents to send them to study abroad or to adopt a profession of their own choice.

Being a Muslim and Pakistani have you ever encountered gender discrimination or sexism?

Not at all. After so many years of working abroad, I realised that women who believe in gender discrimination will always face it. These words don’t exist in my dictionary. I am a global citizen and I work in an industry which is universal. These incidents don’t happen when one performs with excellence, good work ethics and exemplary conduct.

In fact, armed with such values, one commands respect, carves out a niche and leads by example. Sometimes, one becomes a subject of envy or jealousy which should not be of concern and this should not deter one from grasping one’s dreams. For women, I would like to say: believe in yourself. A woman is like a full circle and within her is the power to create, nurture and transform herself into a confident, strong and independent woman.

What is the mission of the Space Trust? How can we use space as a driver for peace?

Space Trust was founded to support the work of the UN Office for Outer Space Affairs. The mission of Space Trust is to find innovative solutions for a peaceful world by advocating space as the New Frontier for Peace on Earth. Our lead initiative is the “0G [zero gravity] Summit” in support of Space2030 and the UN Sustainable Development Agenda of 2030. The first member country of 0G Summit is Cyprus. Last September, along with our UN Partners, we established the first space conference during the UN General Assembly High-Level Week, to advocate space as a sustainable tool for peace-making on Earth.

Do you think that spaceflight will be accessible to the masses in our lifetime?

Yes, certainly. What we are developing is commercial space tourism, something which will allow anyone who has dreamt of reaching the stars to go to space, not only the rich and famous. Virgin Galactic will mark the advent of the commercial spaceflight, which will make private spaceflight affordable. 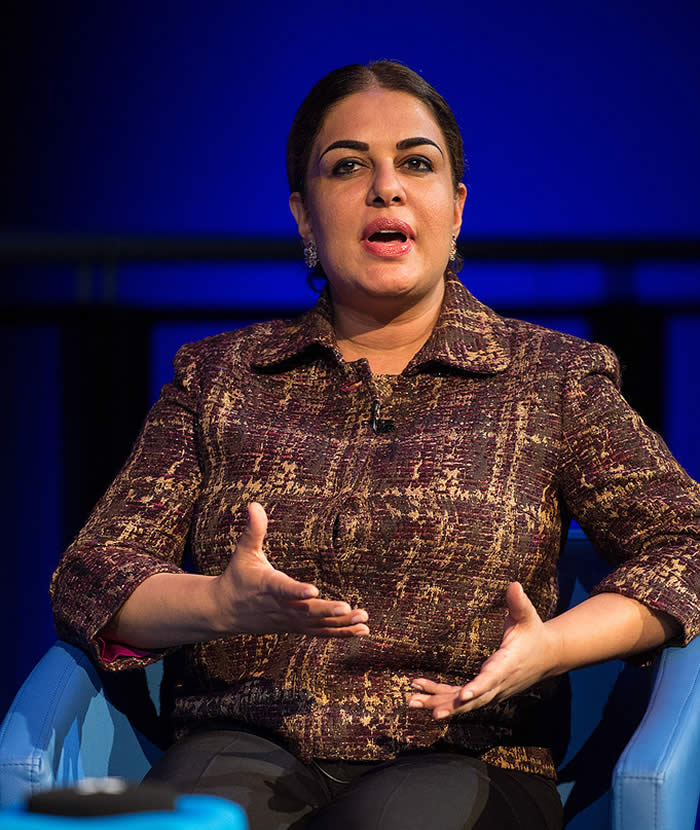 For instance, the first Trans-Atlantic flight in (1939) cost 50,000 US dollars, but today anyone can afford to fly across the Atlantic for a few hundred dollars. The private space industry will be a consumer industry and will make way for researchers, scientists, satellites and payloads into space at a much more affordable price and in an environment-friendly manner. Even leading space agencies, such as NASA, are now developing commercial crews with private spaceflight companies, such as SpaceX and Boeing.

Pakistan has recently announced its first manned mission to space by 2022. Why should we send people into space and how can we educate our masses about the peaceful effects of outer space in their daily life?

I am proud to confess that on August 17, 2006, I was launched officially to the nation by the government as the First Pakistani Astronaut. Since then, as a private citizen, I have made several humble yet significant contributions to our space programme and worked in close association with Suparco. I am glad that Pakistan has announced its first Astronaut via Suparco under a government programme, with the cooperation and technical assistance of China.

What’s next for you? Would you like to give some message for your countrymen/women?

I am currently working on developing a Cube Satellite which will be launched in 2020 to play messages of peace in orbit in the voices of world leaders. It is a Space Trust project with leading space industry veterans, in line with making Space the New Frontier for Peace and envisioned in cooperation with the United Nations. It would be fitting for Pakistan to be part of this mission.

Moreover, my message is for our politicians to understand the potential outer space offers towards Peace and Space Diplomacy for resolving historic conflicts on Earth, which can lead our country to a whole new level of peace-making.