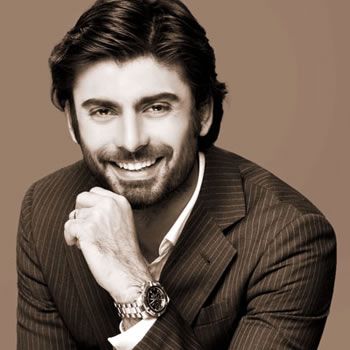 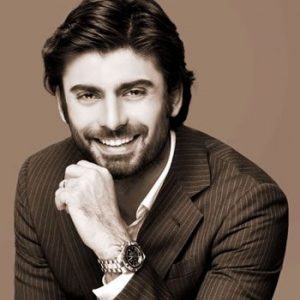 Fawad Khan is a critically and commercially acclaimed actor in Pakistani television and film industry. The actor also earned credibility across the border.

Fawad Afzal Khan is a Pakistani rock singer, TV and film actor, an occasional model and brand ambassador. Khan has appeared in Pakistan's highest rated TV shows in genres of romance, comedy and social drama. Each time the actor’s performance touched the seventh sky and rose to prominence in each project undertaken.

Fawad Khan the most talked about Pakistani celebrity. Fawad Khan started his career as a singer with EP band. He was born on 29 November 1981 in Karachi. He spent early years of his life in abroad and kept on moving from one country to another due to his father’s nature of job.

Fawad completed his secondary education from Lahore Grammar School and then he completed his Bachelor’s Degree from National University of Computer and Emerging Sciences (FAST). Fawad always wanted to be an actor and to make this happen he used to make an active participation in university drama festivals. His first acting performance was amateur acting in a theater play called Spartacus during A-level in 1999. His zodiac sign is Sagittarius. He is 5' 10" tall and his eye color is light brown.

Khan married his teenage sweetheart Sadaf Aftab on 12 November 2005 after a courtship of 8 years. Khan, in collaboration with his wife, established a clothing brand called SILK by Fawad Khan. SILK is a luxury Ready-to-wear brand; debut collection was launched in August 2012 at Lahore by Khan.

Khan, developed type 1 diabetes at the age of 17 after he met an accident that damaged his pancreas. Khan does not shy away from talking about it and encourages adapting a healthy lifestyle.

Fawad Afzal Khan is married to Sadaf from 2005 till now. Sadaf and Fawad met in 1998 at the age of 17, Fawad deeply fell in love with her and proposed Sadaf. They got married after 7 years in 2005. The hopeless romantic in real life proclaims that he can take a bullet for woman he loves. Fawad had a beautiful son named Ayaan who is now 5 years old.

Khan first appeared on TV in a sitcom called Jutt and Bond back in 2001. His next acting stint came in 2007 with a Pakistani movie Khuda Kay Liye. In this film Khan portrayed the role of a young Pakistani urban musician named Sarmad. Khuda Kay liye was a huge commercial success and had broken all the records of Pakistani movies ever made in the history. Khan could not continue in cinema owing to the poor infrastructure of Pakistani cinema at that time.

He always wanted to choose the best and also spoke about his experience with the movie as "It was a total knee-knocking experience as he had very little can of film to work with. We were using one of those noisy old cameras to film. Every time the camera would start rolling, I’d be thinking, “This is it.”"

It was in 2010 when Khan earned major accolades e for essaying the role of Hassan in Period drama Dastaan, it starred Sanam Baloch opposite him and was directed by Haissam Hussain. After gaining huge popularity for his sober role in Dastan the actor got another opportunity to be starred in two more serials Kuch Pyar Ka Pagalpan and Akbari Asghari immediately after Dastaan. Both shows were declared commercially successful.

In 2011, Khan became a household name for giving up his best performance in much talked about Humsafar. Khan essaying the role of Asher Hussain ion this drama in which this wealthy man who marries his middle-class cousin, in the critically and commercially successful drama Humsafar. Humsafar received high Television Rating Points and went on to win the Best TV Play (Satellite) award at the 12th Lux Style Awards. Khan was praised for his performance and he won the Best TV Actor (Satellite) award for his portrayal of Asher Hussain in the same ceremony.

After Humsafar, Khan next appeared in the drama Ashk which received mixed reviews from audience and critics for its execution.

Next benchmark success of Khan's career came with the immensely popular show Zindagi Gulzar Hai hitting the Pakistani television screen in 2012-13. He played the role of a rich college going student named Zaroon Junaid opposite actress Sanam Saeed. He won multiple awards for the show including Best Actor (Popular) award at the 2nd Hum Awards and Best Actor satellite at 13th Lux Style Award. The couple won the Best Onscreen Couple award in both popular and jury categories at the 2nd Hum Awards.

The series was aired in India on the newly launched channel Zindagi from 13 June 2014 to 18 July 2014. Upon the huge request of Indian fans the drama is going to be screened one more time.

In the first half of 2013, Khan was seen in two Telefilms Behadd and Armaan. He played the titular role in Armaan, along with Vasay Chaudhry and Aamina Sheikh, a remake of the 1966 film of the same name. Khan was chosen for the role due to his similarity in looks and style with Waheed Murad; the hero of the original Armaan.

Later that year Khan's TV project Numm was aired on Geo TV. Numm in which Khan's portrayal of protagonist Wali Bakht Khan, a feudal scion, was praised however overall response to the show failed to generate good TV ratings for the show.

Fawad Afzal Khan is said to be the chocolaty hero of Pakistani industry.

Fawad Khan’s HUMSAFAR became the most watched drama in the history of Pakistan and received rating of 13.8, highest ever. He won award of Best Actor in LSA AWARD 2013. He also won Best Onscreen Couple award with Amina Sheikh in LSA awards 2013. He is also said to e most paid Pakistani actor for commercials and dramas.

Recently, Fawad Khan receives ‘Fresh Face Award’ In India after filming ‘Khubsoorat’ with Sonam Kapoor. He can be seen in a movie with his own country actor ‘Ali Zafar’ very soon.

Fawad Khan has bagged some good projects in India and also won the award for “Best Bollywood Debut” category in the Masala Awards 2014.

Fawad is heart throbs of million even after getting married. He says that he want to do the roles which covey a strong message through the audience as Khuda Kay Liye did. His inspirations are Marlin Brando, Peter O’ Toole and Alec Guinness. His experience of working with Shoaib Mansoor was one of a kind, he says that Shoaib is the best director he ever encountered and he sketched his character so much that in spite of his first movie he felt very comforting.

About his social circle he says that he has very few friends and rarely interacts with any one new. When asked about his wife he said that he will always respect his wife because she stood with him in very dark times and never let him down. About singing he said that he is crazy about it but due to diabetes he was unable to do acting and singing both. In a message to his fans he said,

”You can be whatever you want to be. Don’t let discouragement take you down. I could you that advice myself as well.”