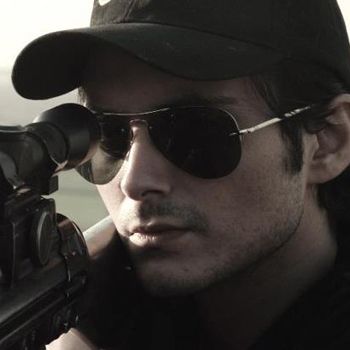 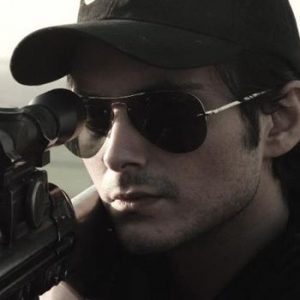 He came, he saw and he conquered. Bilal Lashariâ€™s journey as a film maker has begun on as high note a note as it possibly could. While itâ€™s clear that no one else can come close, one wonders whether even he will be able to top himself and fulfill the

Now, Pakistan’s leading director is all set to surprise us again, not with box office returns but with the project that he has gotten his hands on.  Lashari earlier put the arms and ammunition of Pakistan army to stylistic use, and will now be giving a new identity to Gandasa films with a multi-million dollar remake of Maula Jatt.

“This will be my take on Gandasa films which are blamed for the death of Lollywood” says Bilal Lashari. “I think the Gandasa genre was a missed opportunity for Pakistani cinema, and what better choice to utilise it then by paying homage to the cult classic Maula Jatt.”

This rebooted version of Maula Jatt has been in its pre-production phase for the last seven months, and Lashari was waiting for the Waar hype to quiet down for the right moment to disclose his new film. The film is a co-production with an American production house, the name which hasn’t been disclosed as yet, and will have a budget in the millions of dollars.

From a war epic to a new brand of Gandasa films; Lashari is taking some huge steps and even huger risks. Traditional Gandasa films have been looked down upon by modern viewers due to a lack of content, but Lashari is not only aiming to stay true to the spirit of the originals, but he is also determined to make it palatable for contemporary audiences.

“The entire world has been exporting their own styles and versions of cinema outside their territory, but we have been silent,” Lashari says, concerned. “Hollywood sent us the old westerns or the cowboy films, the Japanese gave us Samurais. We have also had Ninjas, but I now feel it’s our time to tell the world what our Gandasa films are capable of,” Lashari stays determinedly.

“My version of Maula Jatt will be a visual epic, with less dialogue and many captivating moments. It will be a dark but stylized take on Pakistan’s original film genre.”

While we can tell you that the new Maula Jatt will stay true to the original by being a Punjabi language film, the name of the script writer has not been disclosed as yet. The casting process has just begun and Lashari is looking for younger and fresher faces from Pakistan and is keeping his options open in terms of getting Bollywood stars on board. The shooting locations for the film have not been finalized and neither has the cast.

Partly excited and partly nervous, Lashari had to take a deep breath before giving a final message for his fans out there regarding the expectations from his next film.

“Maula Jatt will be much bigger and better than Waar, and my fans should keep expectations as high as possible, because that’ll motivate me to meet them.”