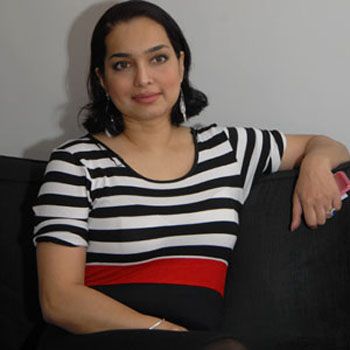 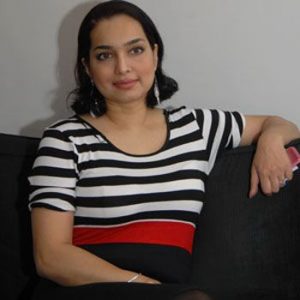 Can anyone tell me what has happened to Aamina Haqâ€™s fashion aesthetics!!!

Can anyone tell me what has happened to Aamina Haq’s fashion aesthetics!!!

I won’t say Aamina Haq was ‘dolled up’ because she was rather ‘clowned up’ in this skirt, which is not in any way flattering her roly-poly figure. Though the color combination is funky, I think Haq is trying to copy those slim English girls, who look awesome in cute skirts, but here the situation is I guess totally inverse!

Above all, why on earth she chose horizontal stripes for such a figure like hers! Horizontal stripes perfectly combined with bob haircut and that plunging neckline are even making her look like a 70s hippie ‘anty’. I wonder if she even cared to look in the mirror before leaving for Beautex launch event on Saturday, June 18.