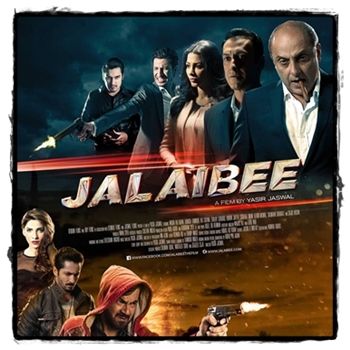 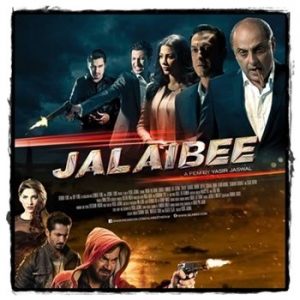 Jalaibee cast is sure of its hot release, expressiing thoughts and expectations with the audience.

With the cast traveling from city to city to meet fans and ensure that people come watch their film, leading actors Zhalay Sarhadi as Bunno , Danish Taimur as Billu and and Wiqar Ali Khan as Ali shared their thoughts with Dawn.com on the film's shooting, their expectations and more

Danish Taimoor: It has been a roller-coaster ride, it involves highs and lows, good times accompanied by difficult times, it was dark but there was light at the same time. It can be said that I had a sweet but a twisted Jalaibee experience. I have learnt a lot about myself and I would love to do a film like Jalaibee in future as well.

2. Being a new genre for the audience what are your personal expectations from the film?

Zhalay: I hope that audiences have the same accepting attitude as they have towards western and Indian cinema and I am positive that this will give birth to a new era of Pakistani cinema.

Wiqar: To gloriously entertain all who watch it and to prove it to the world that a Pakistani film made by Pakistanis can be of international standards.

Danish: It’s really fun to be in a film that’s pure entertainment - a film people would want to go out and see. I am one of those people who can say, “Well look, something is going to happen. Let’s just keep trying, let’s not give up”. After all a film is a collective experience.

3. Your favourite dialog from the film?

4. Your best during and post-shoot moment in Jalaibee?

Zhalay: When all of us were before the media for press conference.

Wiqar: During the shoot, it was the entire experience of shooting the film with an incredible team that we had and post-shoot, promoting it, going to various places, meeting new people - it was great fun doing that.

Danish: The best moment I remember during the shoot of Jalaibee was the fight sequence between Billu, Bugga, Bunno and the Giant-Man Khan. I enjoyed a lot during that particular shoot. I have done a few ones in dramas earlier on but they were minor scenes. This was an intense fight sequence but it’s always fun to beat the goons and fight like a hero. Post-shoot moment was when I watched the first trailer of Jalaibee with our team - the very first time I saw it, it seriously took my breath away.

5. Why should people come to watch Jalaibee?

Zhalay: I would really want people to come because we have made a classy, slick, action thriller which is a new attempt and is known to be a worldwide accepted genre. I am sure it will deliver more than it promises.

Wiqar: They should definitely come because it’s a Pakistani film and it’s high time that we start owning and supporting our talent in all genres.

Danish: Jalaibee is not about social issues or something tragic - it’s a mix of fun, humour, action and animations - it’s an ideal fun film. The idea is original and it’s unusual so I think everybody will appreciate as we just want to bring smile on their faces along with bringing action and fun back in their lives - come and get some Jalaibee!

Watch out "Jalaibee" - Official Trailer below: