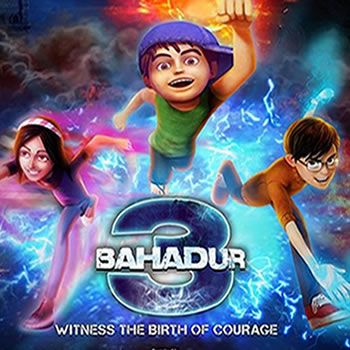 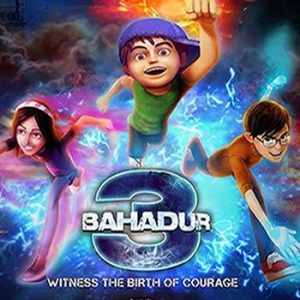 3 Bahadur is The first animated long run film has broke all the records of success in Pakistani cinematic industry.

Pakistani cinematic industry was full of firsts this year and has entertained the audience with back to back entertaining hits like Na Maloom Afraad, Jalaibee and Now 3 Bahadur. The film expert camera angles and cinematography. Pakistani cinema has been reviving and feasted the spectators with must watched films like Khuda Ky Liye, Bol, Waar, Saltanat, Dukhtar, Operation 021 and list of many others. These thriller-action packed movies were simply thought provoking and based on real economical and political scenarios.

To lessen the stress amongst the society, many directors also came up with comedy based action packed films namely Na Maloom Afraad and Jalaibee and Now ‘3 Bahadur’ has also joined the page. The film is directed by Sharmeen Obaid which is free from spy espionage thrillers, crime capers, dark comedy, drama, romance but has something more and worth watching then that.

3 Bahadur, the first animated movie of Pakistan is a valuable entrant to the movie industry. This movie is targeted at children and exploring their unique capabilities. The film has comedic punch lines which enticed hilarious moments in the movie.

The film is conveying a very strong message to the paerts to encourage their children against their fight with the evil, acknowledge their courage rather than shunning them away. Sharmeen Obaid-Chinoy has delivered a powerful message to children everywhere that everyone has their special powers and abilities, which can be utilized for the betterment of the society.

3 Bahadur revolves around the three main characters, the 11-year-old friends Saadi, Amina, and Kamil and is set in a fictional town Roshan Basti (Town of lights).

The movie focuses on the pre-teens gaining superpowers and their struggle to rid their town of the evil both supernatural and ordinary organized crimes that plague it.

'Mangu' a petty criminal turned evil supernatural lord is the big baddie who rules over the fictional town through his terror and thugs.

In the middle of the plot lie two talisman keys and their two keepers, one good and one evil granting respective superpowers to the characters.

Overall it is a commendable effort and for the kids, a must watch.