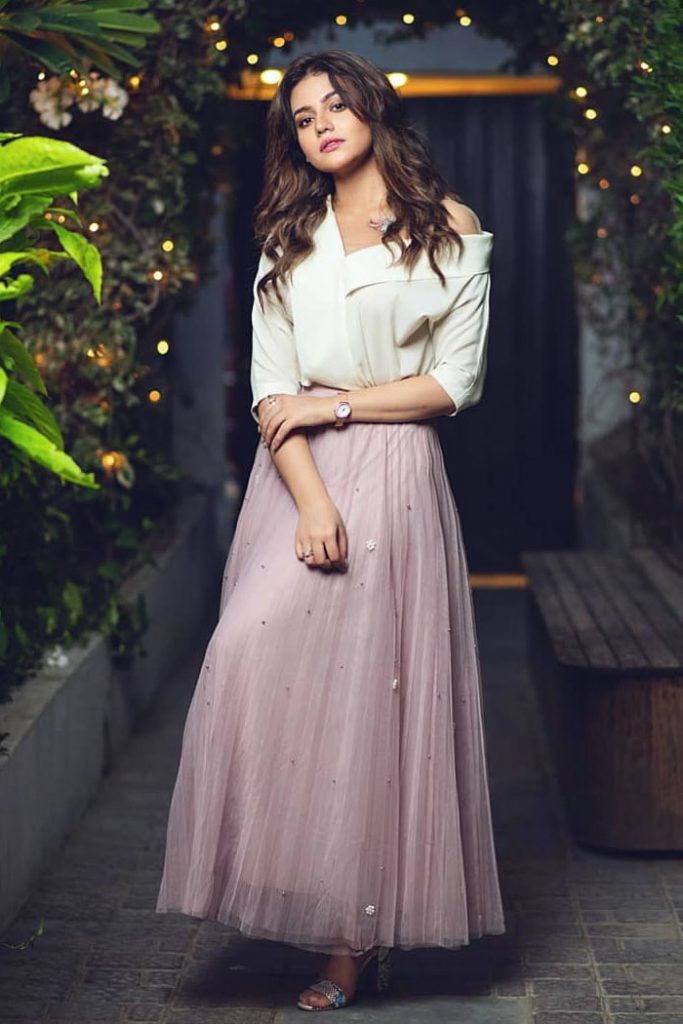 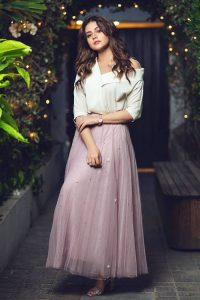 Dressing is a vital part of everyone’s life, but when it comes to celebrities; it becomes a part of their work. Celebrities throughout the world makes good dressing their first priority because they can’t afford to look bad.

Where Pakistani celebrities are full of talent and they never miss a chance to impress their viewers, their dressing on the other hand is always on fleek too. Almost all the celebrities know very well that how to put everything in awe trough their chic attires.

Whether its classic, trendy, eastern or western outfits celebrities knows how to rock every dress and make it an ultimate style statement.

Here we have gathered a few clicks of celebrities who were spotted wearing similar dresses.

So, we all must recognize this famous dress from Ansab Jahangir studio. At first Ayeza Khan wore this red on red classic dress on a Ramadan Show, Later On Ayeza was spotted wearing the same dress but in blue color. Sana Javed wore the same dress in pear color during a Ramadan game show and now finally Resham Khan rocked the same dress in Green on independence day. 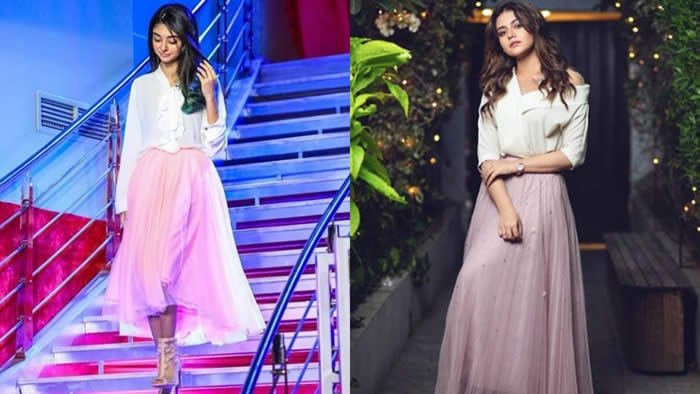 The Classic Black And White Check 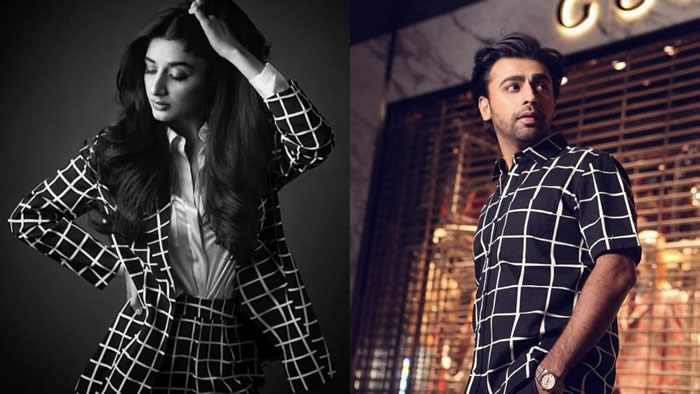 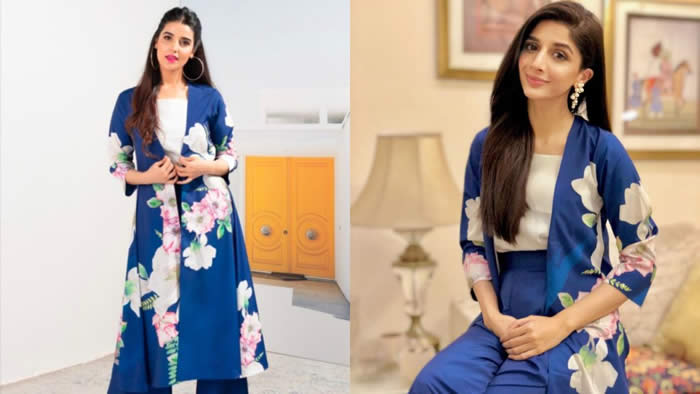 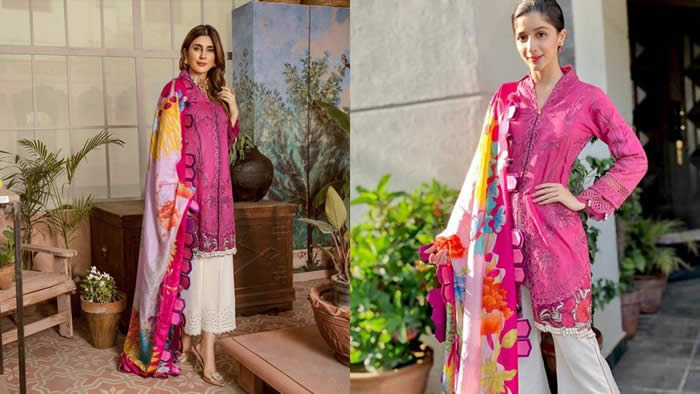 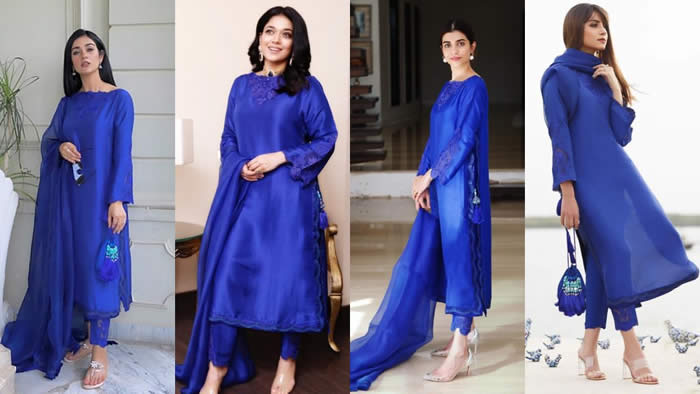 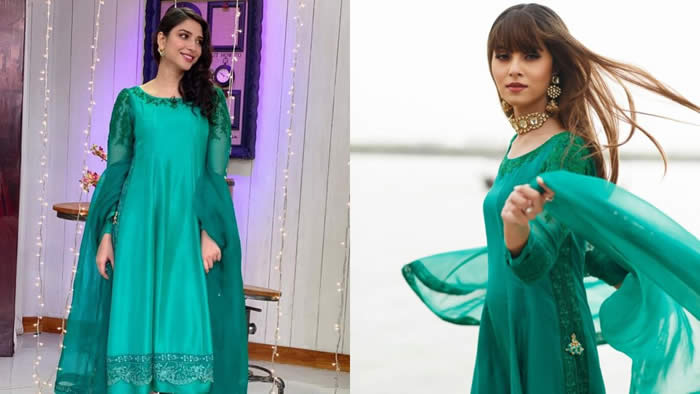