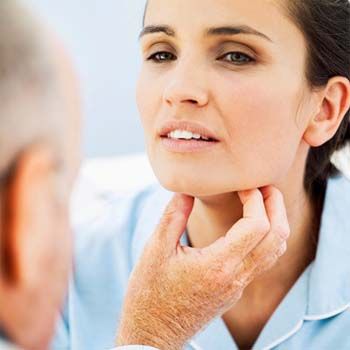 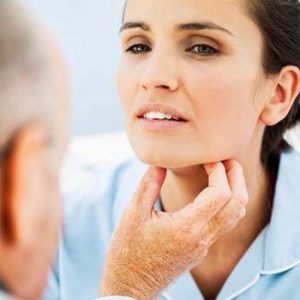 Cosmetics have become important part of fashion and life. Many people come in contact with various chemicals everyday when they may try to look organically beautiful and gorgeous. Cosmetics contain a large number of chemicals. Chemicals are added in cosmetics products for many reasons like for adding flavors and also for their preservation for long time. A common chemical found on cosmetic products may be dangerous for users. Many studies have revealed that exposure to chemicals which are used to make cosmetics products can cause changes in thyroid function. Cosmetics are manufactured by using chemicals like perflourinated chemicals (PFCs) and exposure to such chemicals cause changes in thyroid functions. These chemicals breakdown slowly and take time to leave the body.
These chemicals not only harm thyroid glands of men but also affect women. Women are more prone to such chemicals as they use cosmetics in their daily life. Researchers also found that PFCs also increase the risks of mild hypothyroidism in women. The hypothyroidism occurs when there is a less production of hormones by thyroid glands. This lacking of hormones can lead to symptoms such as weight gain, cold feeling, mental depression, dry skin and hair, constipation and menstrual irregularities. After these researches manufacturers and users both are alert now and avoid cosmetics which contain such type of chemicals. As people say that there is no compromise with skin. Many manufacturer companies are now not using these chemicals as these chemicals can linger in the body for up to four years. These chemicals remain a concern because they stay in the body for extended period which may have long term effects on human health.
PFCs chemicals are also disrupt endocrine system that can mimic estrogen level in a human body and disrupts its natural hormone levels. This disruption can lead to many health problems especially in women. The hormone systems in a body of human being are so delicate that they can be destroy by tiny dose of hormone disrupting chemicals like PFCs. PFCs exposure to women raises risks of hypothyroidism.
In the study published in Endocrine society’s Journal of Clinical Endocrinology and Metabolism, Lin and his fellow researchers analyzed data from 1,181 participants in 2007-2008a and 2009-2010 National health and nutrition Examination Survey (NHANES). According to this study they found that the participants who had higher levels of certain types of PFCs in their blood such as perflourooctonoate (PFOA),   perflourooctane sulfonate (PFOS) and perflourohexane sulfonate (PFHXS) showed increased levels of thyroid hormones triiodothyronin (T3) and thyroxin (T4). If you see in the history, there was no such disease like hypothyroidism in women. Though the level of hypothyroidism is characterized as mild but it has long tern effects.
By utilizing various types of cosmetic products, the risks of thyroid problems are increasing day by day. A large number of people can be affected by such types of chemicals. So when you go to buy any product you must be wise in choosing the products. You must consider composition before deciding to buy.
0 0 0 0
February 20, 2017