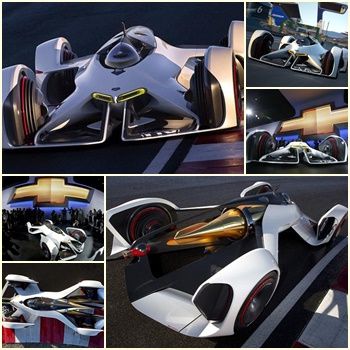 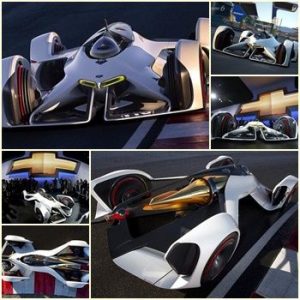 2015 first ever laser powered car Chevrolet 240 mph, take a glimpse of the future of racing cars.

It is a glimpse of the future of racing cars - where lasers are used instead of combustion engines, and the only cockpit displays are beamed onto the driver’s helmet. Chevrolet says the Chaparral 2X Vision Gran Tursimo (VGT) concept was developed for the PlayStation 3 racing game, Gran Turismo 6 - but the firm has now built a real model of it, unveiled at the LA Auto 2014 Show.

It says the technology in the car could eventually make it onto roads. The game version of the car will be capable of a 240-mph top speed in the video game with 0-60 acceleration capability of 1.5 seconds. ‘This concept is an audacious and ambitious vision - and one that demonstrates to a new audience how Chevy’s engineering and design teams challenge norms and explore the technologies of tomorrow,’ said Clay Dean, executive director of advanced design. ‘It also an ode to a unique partnership that pioneered ground-breaking technologies that are used today on the track and the street.’

The Chevrolet Chaparral 2X VGT has a unique shape and an advanced, laser-based propulsion system. ‘It was created in a no-rules atmosphere to challenge designers and test engineers to deliver the most exhilarating sensations. ‘This is a fantasy car by design,’ said Frank Saucedo, who oversaw the team that worked on the concept. Like the original Chaparral race cars decades ago, the Chaparral 2X VGT weaves advanced aerospace technologies into the design to help achieve its performance goals. The Chaparral 2X VGT’s concept propulsion system is inspired by technology derived from advanced work targeted at space travel and future aircraft design. 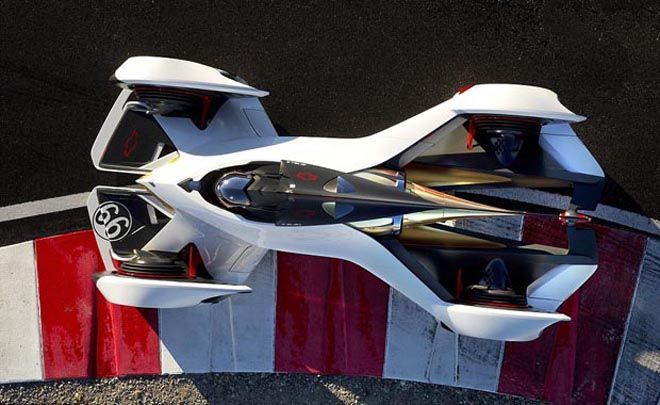 It features a mid-mounted laser beamed-energy propulsion system, which pulses beams of light that focus in a shroud, creating shock waves that generate tremendous thrust in the lightweight race car. With a 671-kW laser, powered by a pack of lithium-ion batteries, and an air-powered generator to provide 900 horsepower worth of thrust, the Chaparral 2X VGT will be capable of a 240-mph top speed in the video game with 0-60 acceleration capability of 1.5 seconds. The propulsion system’s position in the composite chassis complements an unconventional yet highly active prone driver configuration - face down with the driver’s arms and legs splayed toward the wheels.

In fact, the race car’s propulsion and suspension systems are built around the driver, enabling progressive strategies of active and driver-adjustable aerodynamics. ‘Think of it as adapting a wing suit to a racing car, where the driver’s movements control certain aspects of the aero package,’ said Saucedo. 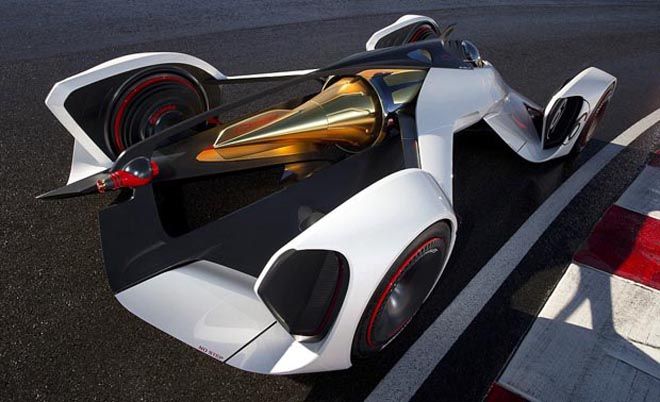 ‘In many ways, the Chaparral 2X VGT is like racing wing suit, with a protective fuselage for ‘flying’ very low to the ground.’ The driver-enabled aerodynamics eliminate the need for large, conventional wings and other aero devices used to generate grip-enhancing downforce - an attribute that helps reduce the overall mass of the Chaparral 2X VGT’s minimalist structure.

Only essential elements are on board, with instrumentation, for example, projected on the driver’s helmet visor. Additionally, lightweight chassis components reduce the sprung weight of the race car, enabling the car to provide tremendous cornering grip with a relatively small footprint. 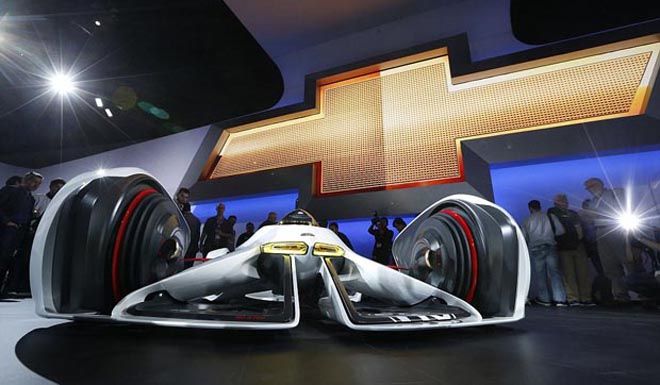 ‘The Chaparral 2X VGT is a vision of how advanced technology may shape the look and driving experience of racing,’ said Saucedo. ‘Chaparral’s race cars and methods were seen as outlandish four decades ago, and with the innovative spirit still burning at Chevrolet, the Chaparral 2X Vision Gran Turismo concept might just be a harbinger of motorsports in the next four decades.’ 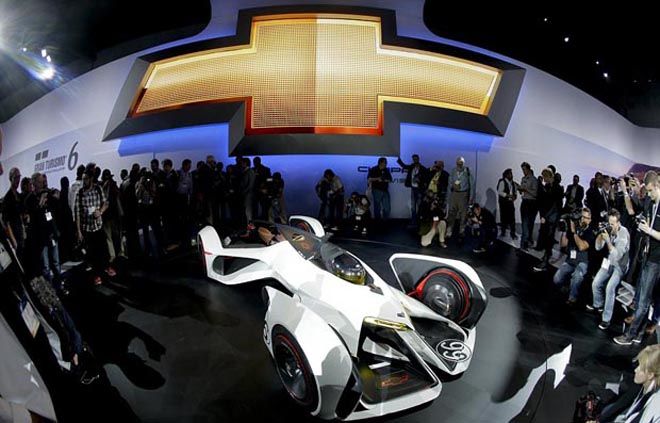 Other manufacturers have developed concept race cars for the Vision Gran Turismo project, but Chevrolet is one of the few to transfer it from the digital world to a physical concept vehicle. Gamers can race the Chaparral 2X VGT this holiday season by downloading an online update for Gran Turismo 6, the latest iteration of the best-selling PlayStation franchise that has sold more than 72 million copies worldwide since its 1998 debut.