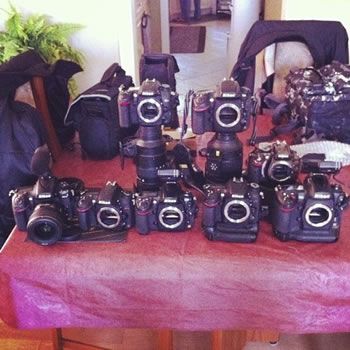 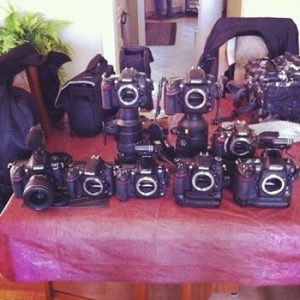 This camera will produce sounds through many functions and various parts. Enjoy music and photography at the same time by using this innovative gadget. You will definitely love it. Eyes are considered to be the window of soul but music is the key to unloc

Music is considered to be the food for soul and it is the key to unlocking one’s heart. For many of people, music has proven to be a memory trigger. In lives, you may associate with your feelings and emotions which can be sad or joyous. Having said this, artists are busy in producing more and more music for music lovers.

A camera gear from Nikon having worth of 30,000 dollars was used to create a song. For this purpose, 14 cameras were used which made Nikon symphony. In Nikon symphony, most of the parts of the Nikon range of D4 and all the way through to the D5200.

The idea of making music with cameras was generated by photographer Benjamin Von Wong when he was taking a tour of Nikon Professional Services (NPS) facilities. He gathered a team together to create Nikon symphony. The sound was created by playing different functions of camera. These function range from live view switching on and off to the mirror flipping up and down.

The Nikon symphony was also created from various parts of the camera such as slamming a camera on a table, the sound of flash unit going off, the sound of camera shutters firing and when you are scrolling through the menus.

Can you think of the music that is created by various parts and functioning of cameras before? This is ideal gadget for music lovers and photographers as it is surprisingly pretty. It is really a creative spark that offers you music and photography at one time.

After invention of this interested gadget, I am sure that someone may thinking or trying to recreate Nikon symphony by using various digital cameras. If it is so, then let see which version will sound better. But it’s a fact that this initiative will result in a number of such interesting and innovative gadgets. Don’t you think so that it might even end up as some sort of guerilla ad warfare?