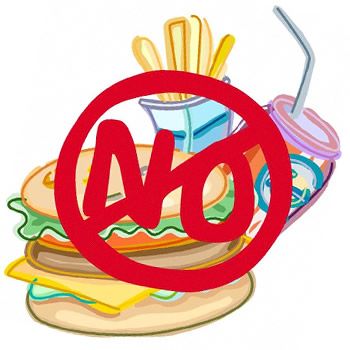 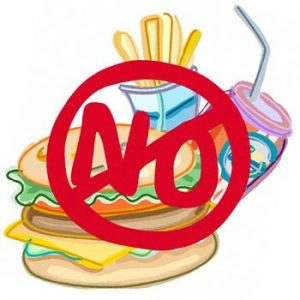 Junk food trend is deep routed in our society and people love to eat junk without considering the health hazards of eating these items. There is a junk food guide to make people aware about the monstrous effects of junk food on health.

Junk food is mocking slang that we used for the food having little or no nutritional value and it is proved that these kind of food always carried high values of sugar, fat, salt, white flour and as well as many coloring agents on one hand and very slight or no amount of protein, vitamins and minerals fiber and other vigorous nutrients. The word junk food was first time think up by Michael Jacobson, in 1972 which was director of the Center for Science in the Public Interest. Foods frequently included in junk food contain, candy, gum, snack foods sweet deserts, pizza, burgers tacos and carbonated beverages.
Effects of Junk food linked with health issues counting fatness, heart disease, diabetes hypertension dental cavities as well as inactiveness. Effects of junk foods are far and wide. It is accessible from main commercial blocks to petrol pump.it could be said that fast food are easily available to everyone. Junk food and fast food cafeterias and eateries are widespread, the reason they provide delicious and expedient foods on sound price. A lot of persons visit restaurants habitually to take their meal.
Junk Food Guide why we must have to say no to junk food.
1. It comprises increased rate of calories mean bulk of junk foods are full of calories. The reason behind that it includes fat contents as well as very high energy contents. Every person has to consume almost 400-600 calories in single suppertime. If he takes snacks in suppertime then the ratio of average calories will be on increase and effects of junk food linked with many diseases and health hazards. Here quoting the example of chicken pot pie of KFC which contains 800 calories and if a person intake a 250ml of carbonated beverages with it then there would be additional 150 calories. It means that person is taking 450 additional calories than his average requirement.
2. The second junk food guide reason that comprises a lot of unnatural fat which is considered unhealthy for human beings. This sort of fat is often derivative from animal yields including like meat egg and also butter. These all called saturated fat which is the basic cause of prominent and high level of cholesterol which also called a major reason of cardiac attack, stroke and vascular ailments. The other category of fat included by these junk foods is trans- fat. Here it of worth to include that this kind of fat is not needed by human body because it is connected high level  of bad cholesterol (LDL) in the human blood and one worse thing is that it may lead to decreased amount good cholesterol(HDL) in human body.
3. The third reason in junk food guide to avoid is, they are very high in sodium although it have to play significant  role in human body but its too much amount is ruthless for human body because it’s a big reason high blood pressure ,fatness and as well osteoporosis. It is also a big cause of augmented menace of emerging bowl cancer. A person needs 1200mg sodium every day. Junk food contains higher sodium proportion.
0 0 0 0
February 20, 2017