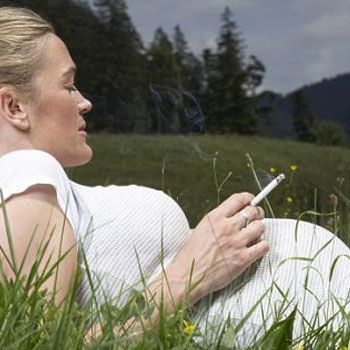 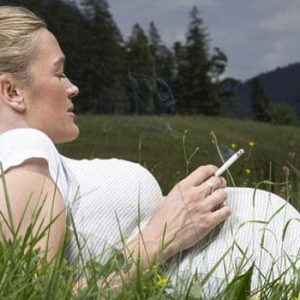 The cigarettes smoking in pregnancy increases the deadly harmful risks for both mother and baby. According to many of the studies and surveys it has been seen that the miscarriages issues are stronger in pregnant smoker women.

The cigarettes smoking in pregnancy increase the deadly harmful risks for mother and baby. According to many of the studies and surveys it has been seen that the miscarriages issues are stronger in pregnant smoker women.

Pregnancy envisages the conception of creation of a new life with the will of God. Hence when such a pure creation of life is in progress within a mother’s body being the harbinger of life which is about to unveil itself to the living world, there are certain sacrifices to be made by the carrier body, which is definitely of the mother’s so that the unborn child’s health and life are not affected by the unsuitable deeds of mother. A few mothers see pregnancy as the most powerful motivation to quit smoking in pregnancy and even after that, as the choice is made by the mothers for the safety of their unborn child, who is so innocently and purely dependent upon the pregnant mother. The effects of Smoking during pregnancy by the mothers are numerous for both the mother and the unborn child, who can be categorized into pre Pregnancy and pregnancy phases as follows

Effects of Smoking in Pre pregnancy

The smoking before pregnancy decreases the ability of conceiving the baby as along with many other factors smoking also disturb the hormonal issues. Smoking is also one of the causes of infertility in men and women both. Studies have shown that infertility in men is 30% more than normal men similarly it is 60% more in smoker women than the normal.

In the pre pregnancy phase the effects of smoking on the mother’s health include difficult to achieve conception, and even in some cases if anyone of the both partners smoke then conception gets harder to achieve. It is due to the reason that both male and female smokers have lower levels of fertility as per the research. It is pertinent to mention here that even adults who were born with smoker mothers had very less chances of becoming parents themselves. Research has revealed that due to smoking, nicotine reduces the women’s fertility levels by affecting the hormonal production which is considered necessary for women to conceive. Smoking even hinders the movement of egg to the Womb through the Fallopian tubes.

On the other hand in the male smokers fifteen percent lower sperm count than the non smoker male is observed. Smoking in pregnancy has therefore multifarious effects both upon the unborn child and the child carrier.

Effects of Smoking in Pregnancy

Smoking in pregnancy is very risky as the baby in the womb gets all the essentials from the mother such as the nutrients and oxygen through the placenta and the most vital umbilical cord. Smoking therefore damages the placental functions and also exposes the fetus to toxins in smoke. Smoking during pregnancy causes the oxygen in the blood to be replaced by carbon monoxide, and hence the blood of the smoking mother and her unborn child being the same will have less oxygen than required normally by the body. Resultantly the heart rate of fetus will rise to struggle for more oxygen. Also for women smoking in pregnancy the performance of the placenta which feeds the baby is severely compromised due to the presence of toxic substances, which deteriorates the ability of the blood to function normally.

Placenta is an organ which is near in the top of the uterus. Because of the deadly smoking habit Placenta can implant on the lower side or part of uterus instead of the upper part. It can cause bleeding which is harmful for healthy pregnancy. The effects of smoking in pregnancy can cause Placenta Previa.

One of the serious effects of smoking in pregnancy is Placental Abruption in which placenta separates from uterus partially or fully. This negative effect stops the oxygen and nutrients of the baby and can goes to the condition of stillborn.

Premature birth is one of the deadly smoking effects can cause the pregnancy.