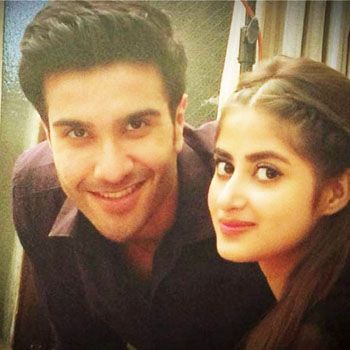 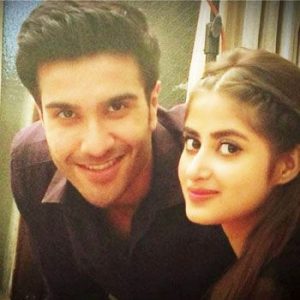 The latest buzz making rounds in Pakistani showbiz industry is that cute Sajal Ali and actor Feroz Khan are ready to take their alleged relationship to the next level soon.

Famous Pakistani actress Sajal Ali is getting engaged to co-star Feroz Khan in the near future. Reality or Rumor, still there is a confusion lets see how long this will last.

It’s pertinent to mention that, the rumors of Sajal dating Humaima and Dua Malik’s brother surfaced after Feroz posted a snapshot with Sajal on social networking site Facebook with a note “When You Know It’s Right.”

Later the 20-year-old actress was also seen in the family photos of Feroz that were taken during Dua Malik’s wedding ceremony. Right now Sajal and Feroz are busy in the shooting of their forthcoming drama serial ‘Chup Raho’ directed by ace director Yasir Nawaz, are yet to certify the news.