Raj Kundra’s wife, actor Shilpa Shetty has taken to her official Instagram handle and posted a positive note as her husband comes home. Take a look.

Taking to her IG story, the Hungama 2 actor Shilpa Shetty dropped a quote by Chinese-American modernist architect, Roger Lee. The note read, “Rainbows exist to prove that beautiful things can happen after a bad storm.”

Businessman Raj Kundra was arrested by Mumbai Police on July 19 in a pornographic content circulation racket. The police revealed that struggling models and artists were allegedly lured by Kundra on promises of landing roles in short films and web series after which they were forced to do semi-nude and nude scenes against their wishes.

The police found that various applications, including the Hotshots app, that was allegedly being used to circulate pornographic content online. Owned by a London-based firm called Kernin, the Hotshots app’s content was being produced and accounts were being handled by the Raj Kundra-owned company Viaan in Mumbai.

Raj Kundra has been named in the supplementary charge sheet filed by the Mumbai Police in the case. His wife, Shilpa Shetty had in a statement in the charge sheet differentiated her business dealings with that of her husband. 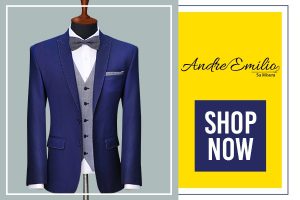 Kundra had then moved a bail plea in court and claimed that he was being made a scapegoat in the case. In his plea, he stated that there was no evidence in the supplementary charge sheet against his active involvement in alleged pornographic films production.

The businessman’s advocate Niranjan Mundargi said that he asked for bail stressing that a charge sheet has been filed in the case. He said, “A surety of Rs 50,000 was paid.” Kundra was released from Arthur Road jail at 10.30 am today. Along with Kundra, co-accused Ryan Thorpe has also been granted bail by the court.